If you visit Petrópolis, it’s impossible not to visit the Catedral de São Pedro (St. Peter’s Cathedral). It is not only one of the major attractions in the area, but also a place with a tumultuous history.

It all goes back to the foundation of the Colony of Petrópolis, which initially belonged to the parish of São José do Rio Preto, when it was raised to the rank of Parish under the protection of St. Peter of Alcântara de Petrópolis, by Provincial Law 389 of 20th May 1846. It thus became part of the Municipality of Estrela, instituted by the same law.
The focal point and ‘administration’ of the new parish were installed in a temple located right in front of the Imperial Palace built by Justino de Faria Peixoto between 1847 and 1848, who dedicated almost his whole life to assisting Catholics in Petrópolis.

This temple, known as ‘Matriz Velha’, hosted a series of important events related to the religious history of Petrópolis, such as the consecration of D. Antônio Macedo da Costa, the 10th Bishop of Pará and the Celebration of a ‘Te Deum Laudamus’ by the Bishop of Rio de Janeiro, D. Pedro Maria Lacerda in honour of the prince of Grão Pará born on the morning of 15th October 1875.

But, how did Catedral de São Pedro (St. Peter’s Cathedral) became what it is today? Soon after the inauguration of the first church or Matriz Velha (Old Mother Church), authorities were already thinking about the construction of a second, more important one on the hill of Belvedere. Years later, through the efforts of Princess Elizabeth, the ambitious project was set in motion.

On 12th March 1876 the foundation stone of the Mother Church was laid and works finally began under the supervision of engineer Francisco Carminhoa.

After years of cessation and recommencement of works, the cathedral was finally completed in 1969, with the completion of the tower.

The Gothic rosacea placed above the entrance of the cathedral, under the tower (70 m) monumentally crowns the massive door. Above it, statues of the four envangelists welcome you in for a prayer. Below them, in-between the cluster of columns, the Scene of the Calvary catches the eye – a polychrome sculpture in cement (model of A. Bordignon -1934).

The three naves were inspired by and follow the style of Normand temples of the 12th and 13th centuries, and are true masterpieces of sculpture.

The cathedral’s door is the work of the São Paulo School of Apprentices and Artificers. Weighing more than 2.5 tons, it is made of two massive sheets of wood with zinc cushions weighing 2,400 kg each. Although massive and heavy, they pivot easily by rotating on brass bearings.

The stained-glass windows illustrating different themes were in part made by C. Champineulle (Paris – 1928 – 1932) and by S. Sorgenicht (São Paulo).

The chapel and the baptistery with stained-glass windows perfectly resemble the ones in the Chapel of the Mausoleum. The simple baptismal font was brought from the old Mother Church (dated 1848). The bronze top is modern (Rio – dated 1934).

The Imperial Mausoleum is a masterpiece of visual art and the illustration of the talent of two great sculptors, Leon Veloso and Jean Magrou.

The lateral tombs were added in 1971, with the images of Princess Isable and Count D’Eu, made of Carrara Marble by H. Cozzo.

The main altar of the Imperial Chapel was built at the same time, in Gothic style and made entirely of pearl-like marble, bearing the symbol of imperial arms with onyx and bronze applications. The black granite cross of Tijurca is a work of Bertozzi (São Paulo).

The stained glass of the background with verses of the Emperor was a donation made by the Baroness of Muritiba. The stained-glass window on the right-hand-side of the entrance bears the images of Christ, Pope Leo XII, symbolically of a slave with broken chains and of Princess Isabel, D. Pedro II and D. Tereza Cristina. 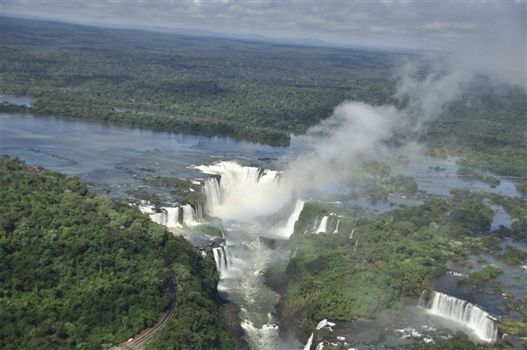