Wreck of the Zenobia

By Edite Strautmane
Published on 22 May 2018, viewed 1863 times
Category: Places to see
Share this article:

Zenobia is a magnificent wreck that is considered to be the best in the Mediterranean and has hit as one of the top ten diving destinations in the world. 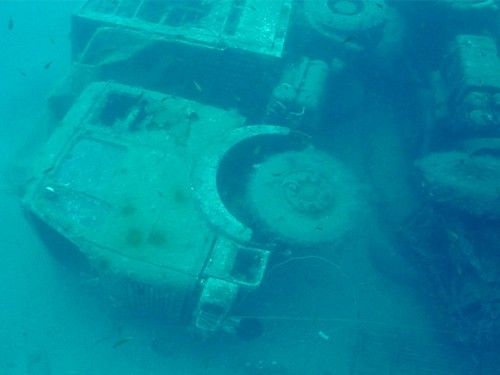 The Zenobia roll-on roll-off ferry went on its maiden voyage in June 1980 and sank on the way from Sweden to Syria. It is 172 m long and was carrying 104 trucks and trailers with military cargo at the time it sunk. Often called 'The Titanic of the Mediterranean’, now this beauty rests completely intact in the water on a flat bed of sand and rocks, only 1,5 km from the Larnaca coastline. Not only the military cargo, but even the hen eggs that have been stored on the ferry have remained intact under water. It is a quite fascinating exploring experience.

Zenobia lies in depth of roughly 43 m, with the top of the wreck being only 16m below the surface of the water. To explore this hidden treasure fully, you might want to dive more than once as it will reveal an impressive variety of marine life around it. It has become a protected artificial reef and home to many fish you will want to see in real life - grouper, barracuda, kingfish, jacks and triggerfish, as well as moray eels, stingrays, turtles and octopus and so many more.

According to local diving professionals, water visibility is <50m and the temperature ranging from 16oC in the winter to 27oC in summer. Consult local divers to see what packages are on offer and see if this adventure is the right one for you. Alternatively, if being underwater is not exactly an appealing thought for you, but you still would like to see Zenobia, there is a choice of glass-bottom boats in the Larnaka Marina that offers day trips to the site and back.

One of the trucks on the Zenobia