The Monastery of Timiou Stavrou 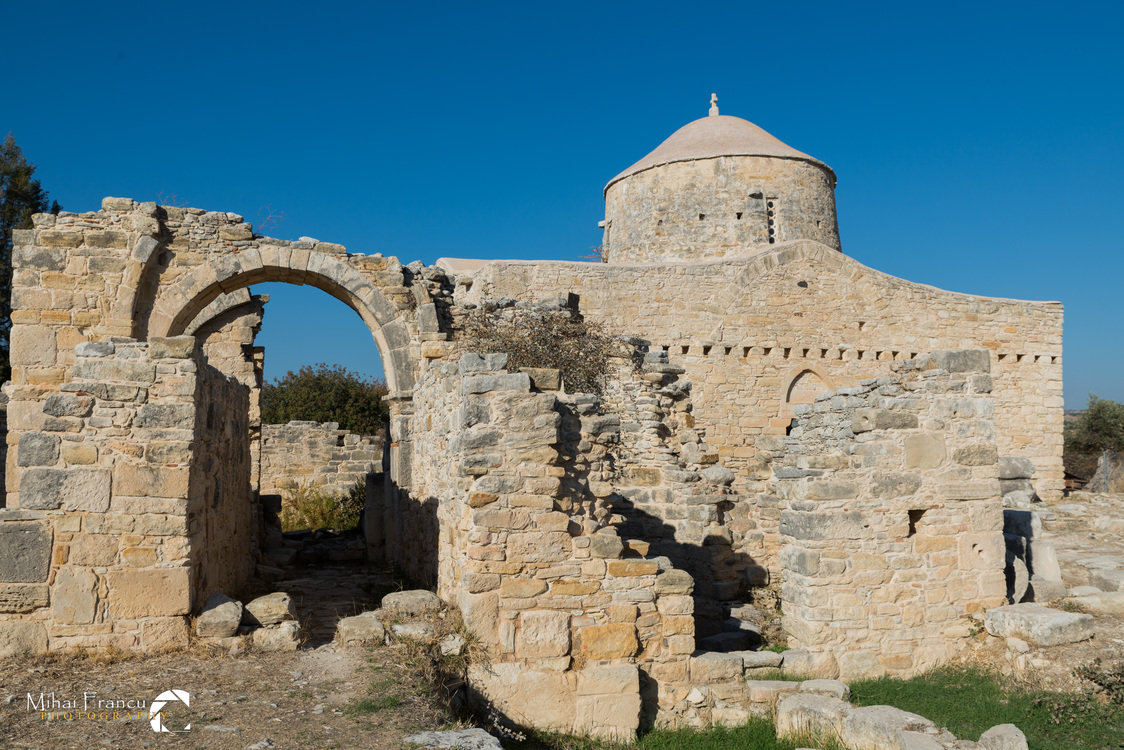 By Edite Strautmane
Published on 27 May 2018, viewed 1394 times
Category: Places to see
Share this article: 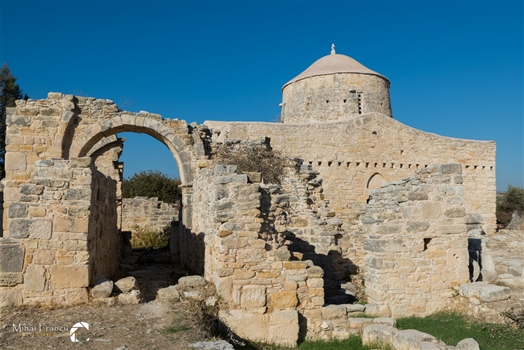 On the outskirts of the village of Anogyra [Limassol] you will find the remains of Timios Stavros Monastry. Apart from the ruins, Anogyra boasts another few highlights to visit. This small village is also known nationwide for its carob sweets 'pasteli' as well as the Carob Museum and the Olive Oil Museum.

The ruins of Timios Stavros Monastery (the Holy Cross Monastery) are already mentioned in the “Acts of the Apostles” as “chora Anogyron” ('chora' meaning land). The name is not unique in Cyprus, you can also find a monastery with the same name in Omodos. The Anogyra Monastry holds as much spiritual atmosphere as the one in Omodos, preserving its uniqueness in its own way. 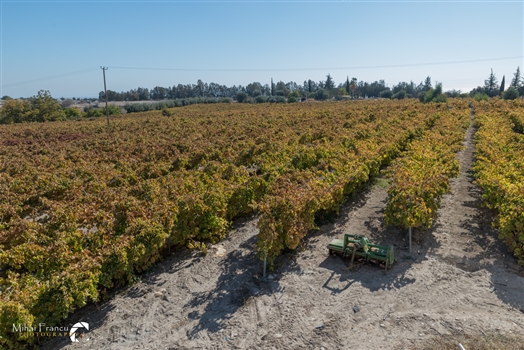 Travelling from Limassol to Paphos, about halfway, you reach the Avdimou Exit which will take you up into the mountains towards Anogyra village. Just before you reach Anogyra, you will pass a unique early Byzantine settlement - the ruins of the Holy Cross Monastery - surrounded by almond trees, vines and carob orchards. It is also referred to as the Church of Timiou Stavrou which was built on foundations of a Christian basilica.

The barrel-vaulted church and dome with Palaiologan style wall paintings will catch your eye. These are some of the greatest examples of Palaiologan art on the island. It is believed that these paintings ended up in Cyprus after the capture of Constantinople by the Ottoman Turks in 1453.

Anogyra’s Holy Cross Monastery is an impressive complex that once was living quarters for monks and apparently also as an olive oil factory. A legend states that there has been an underground tunnel where the monks used to hide their treasures and that they were eating with golden spoons and placing their bread upon silver, single-row loaf boards. For more intrigue, we will just say that these items are still believed to be hidden in the tunnel!

Probably the most famous artifact of this time is The Cross of the “Panaretos” (the All Virtuous One) which is the old Cross of Anogyra. It was moved to Omodos monastery for safety reasons, where it still remains.

It is also worth to mention that a religious festival takes place in the monastery’s yard every 1st of August, attracting crowds from all parts of the island.

Some prefer going to Anogyra in early hours of summer mornings, enjoying cool morning breeze and sunrise to the east over Limassol. We hope this tip will help in creating more colourful travel experiences.

The dome of the monastery

The inside of the Timou Monastry

The icons in Timou Monastry

The altar of the Timou Monastry

Light a candle at Timou Monastry

Wine ranks at the Monastry