The Ancient city of Palaipafos 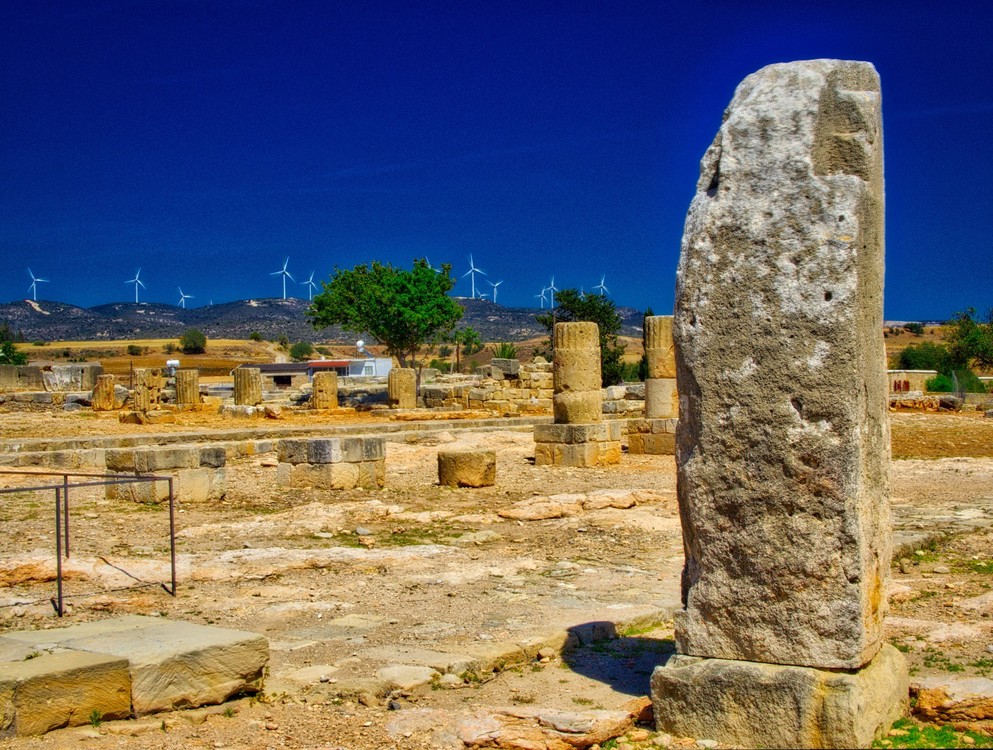 By Edite Strautmane
Published on 04 May 2018, viewed 2110 times
Category: Places to see
Share this article: 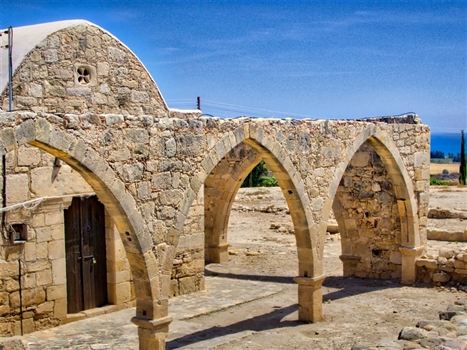 The ancient city of Palaipafos is located in the modern village of Kouklia. The name comes from Greek language, meaning 'Old Paphos'. It was one of the most important city-kingdoms of Cyprus and one of the first Cypriot site that was included in the World Heritage List of UNESCO.

Kouklia is situated close to the Diarizos river which is approximately 16 km east of the modern-time Pafos. The site and its surrounding area are often linked to an ancient cult associated with the “Great Goddess”. She was the goddess of fertility, who has been worshipped in Cyprus since the Neolithic period. The Myceneans, after settling on the island at the beginning of the 12th century, for example, built a sanctuary in her honour.

Palaipafos remained probably the largest rural and religious centre of western Cyprus, throughout the Geometric period until the end of the Classical period. At the end of the 4th century B.C. the last King of Palaipafos moved his capital to the newly built - Nea Pafos - or 'New Paphos'. Despite the fact,  the cult continued at the temple of Aphrodite. During the Roman period, it was the centre of 'Koinon Kyprion' - the Confederation of Cyprus. Here they dealt with the cult of the Roman Emperor and bronze coinage matters. The religious and cultural activities were active at the sanctuary until the 4th century A.D. when Christianity started spreading across the island.

During the medieval period, Palaipafos was renamed to Couvouclia. It became the centre of local administration and the headquarters of the royal official who controlled the sugar-cane plantations and refineries in the Pafos area.

The most important monuments of Palaipafos are:

The Sanctuary of Aphrodite

This is one of the most important sanctuaries of Aphrodite throughout the entire ancient world. It has been described by Homer and other Greek, Latin authors. The ruins of the sanctuary form two groups of buildings: in the south was the first shrine of Aphrodite, Sanctuary I, which was built in the Late Bronze Age. It consists of an open court (temenos), surrounded by a monumental wall built from enormous, heavy limestone blocks. The western side and part of its south side are preserved, including the hall, which housed a conical baetyl (roughly shaped stone held sacred or worshipped as of divine origin) in its centre symbolising the power of the Great Goddess. A similar baetyl also adorned the Sanctuary II, in the north at the end of the 1st or the beginning of the 2nd century A.D. The new Roman buildings enclosed a spacious open court at the south, east and north.

The House of Leda

The “House of Leda” is of Roman time origin. It was discovered at Alonia, about 120 m. northwest of the Byzantine church of Agios Nikolaos. It dates back to the 16th century. The only room that still stands from the original building is the dining room which is covered with an impressive mosaic flooring from 2nd century A.D. It depicts the mythological scene of Leda and the Swan (The panel on-site is a modern copy; the original is exhibited in the Kouklia Museum for preservation reasons).

The Northeast Gate of the defensive wall

The Northeast Gate of Palaipafos occupied the major position above the living quarters of the ancient city. The first wall and gate buildings were built in the early Archaic period (late 8th century B.C.). In 498 B.C., during the Ionian revolt, the gate faced a serious siege by the Persians. It is believed that the last King of Palaipafos, Nikokles, rebuilt the walls during the 4th century B.C. and since 300 B.C. they have not been used.

The City wall and the Palace of Hadji Abdulla

Another sector of the defense of the city is located within 10 minutes walk from the Northeast Gate. The building methods of construction are similar to the ones use on the northeast Gate.  It dates back to the 6th or early 5th century BC. It is believed that this palace was the residence of the Persian governor of Palaipafos at the time. 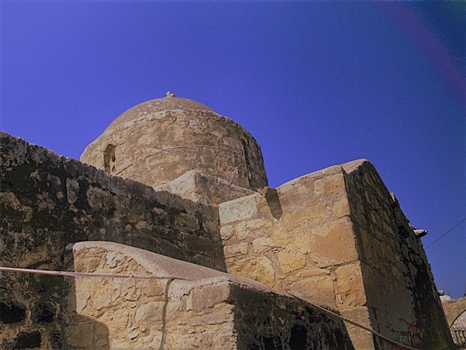 The Church of Panagia Katholiki

Panagia Katholiki dates to the 12th or 13th century A.D.  It is one of the type of a cruciform church. The western part of the church was added in the 16th century. The wall-paintings which decorate the interior of the church, are great examples of the traditional popular art of the 15th century.

The Manor House was built by the Lusignan kings in the 13th century for local administration matters and as the headquarters of the royal official who directed and controlled the sugar-cane plantations and refineries in this region. It also served as the centre of administration for the Kouklia Ottoman chiflik. The building is a complex of rooms that are arranged in four wings around the central, open-air court.

There are only a few parts of the gate tower and part of the east and south wings that have survived from the medieval structures, and they have been incorporated in buildings of the Ottoman period. The Gothic hall is considered to be one of the finest surviving monuments of Frankish architecture on the island and the east wing, dating back to the Ottoman period, nowadays is the local Archaeological Museum.

The Lusignian sugar-cane refinery in the coastal plain

The Royal Manor of Kouklia was built as the centre of the Lusignian sugar-cane plantations in western Cyprus. It was directly connected to the industrial installations for the processing of sugar-cane. One of the best-preserved installations is the sugar mill and the refineries that were built in the coastal plain of Kouklia. The refinery complex at the locality of Stavros combines the all four sugar-cane processing and production sectors: milling, boiling and refining, firing and stoking, storing and workshops.

Admission: €4,50 (the price includes entry to the Local Museum of Palaipafos in Kouklia)