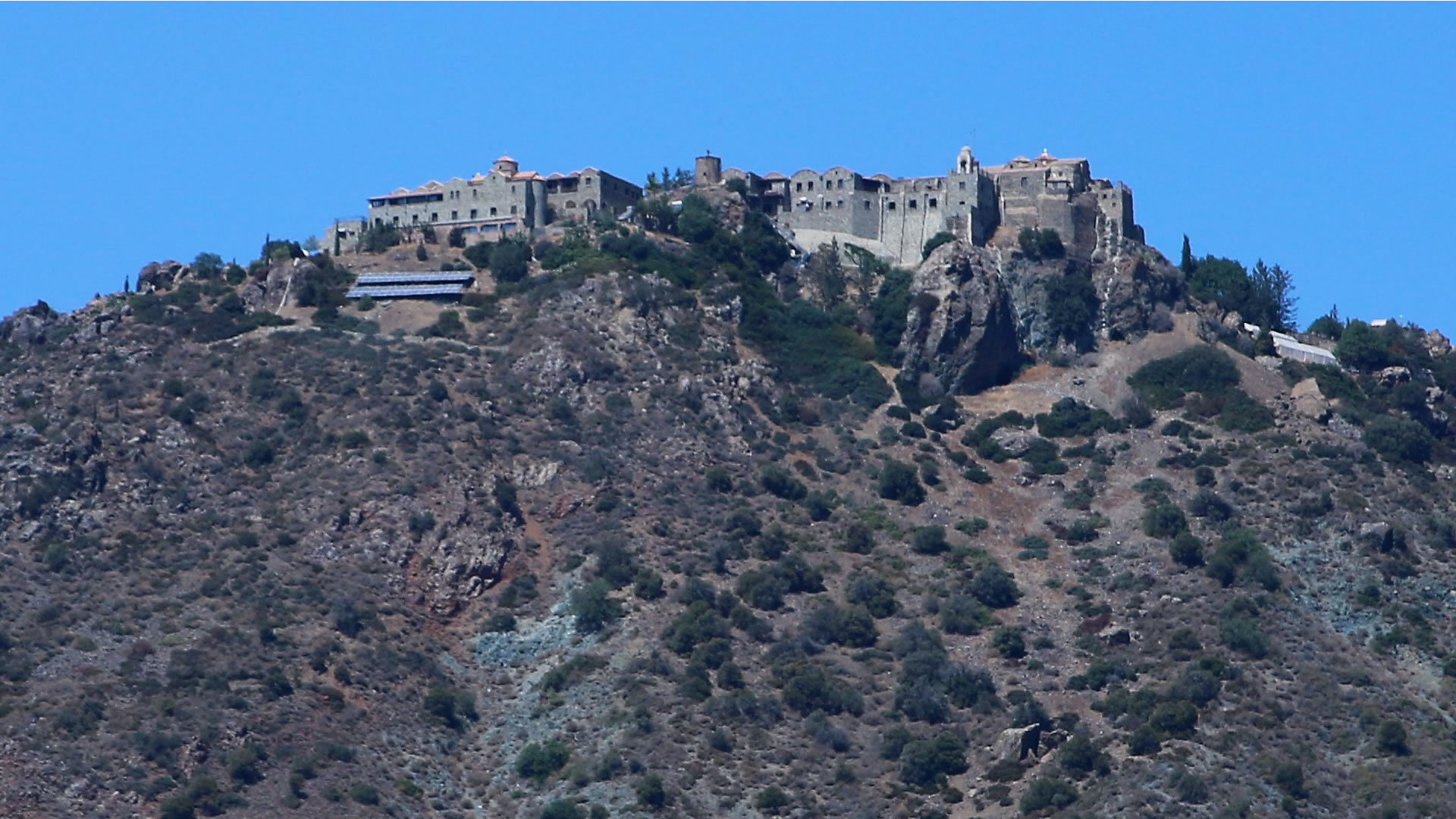 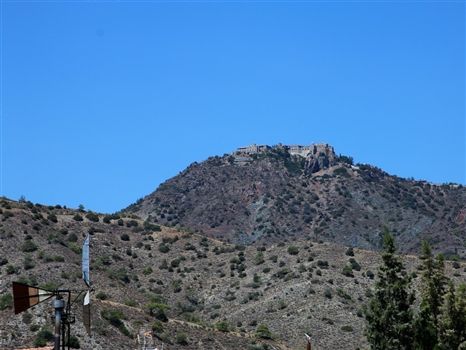 The historic Holy Monastery of Stavrovouni, also known as the Monastery of the Precious and Life-giving Cross was established during the fourth century. It is situated on the beautiful peak of Mountain Stavrovouni in the district of Larnaca and is considered to be one of the oldest monasteries on the globe. It is most certainly the oldest in Cyprus.
It is believed that the monastery was founded by St. Helena who is also referred to as the mother of the Byzantine Emperor Constantine I, the Great, upon the return of her pilgrimage to Jerusalem in 327 AD.

The drive up to the Monastery is breathtaking, going along a winding road, all the way to the top.

It is claimed that the monastery was home to her findings which included a piece of the Holy Cross from Jerusalem, the Cross of the Good Thief, a small part of the robe with which Jesus Christ was bound to the Cross with and a nail. This makes Stavrovouni Monastery a significant pilgrimage site in Cyprus.

Subsequent to its establishment, the monastery was occupied by Orthodox monks who lived under the rule of St. Basil; the Greek bishop of Caesarea Mazaca in Cappadocia.

As a result of several disturbances such as foreign invasions, poverty and the great fire of 1888, a lot of the antique that St. Helen found were lost. However, the True Cross remained untouched.

Having been under the rule of the Turks, there was a time in Cyprus between the 16th and 19th century where the monastery had no monks as said in historic documents. However, towards the end of the 19th century, monks slowly made a reappearance to revive the monastery. By the middle of the 20th century, the monastery was strong enough that it had sufficient monks to send some of them to other monasteries that needed recovering such as Panagia Trooditissa Monastery and the Monastery of Saint John the Baptist in Limassol. 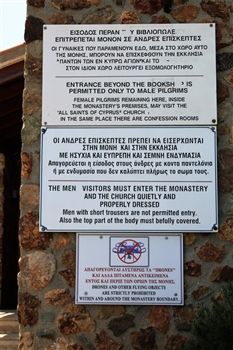 Due to the ways of the monks, women are not allowed to go inside Stavrovouni Monastery, however they are welcome to visit the Monastery of St. Barbara which is situated at the foot of the Stavrovouni Mountain.

Men entering the monastery must be dressed appropriately, meaning long trousers and a respectable shirt.

The monastry on the hill

Stavrovouni on the mountain top

View from Stavrovouni towards Larnaca

Entrance to the monastery at Stavrvouni

No women allowed inside Stavrovouni Monastery