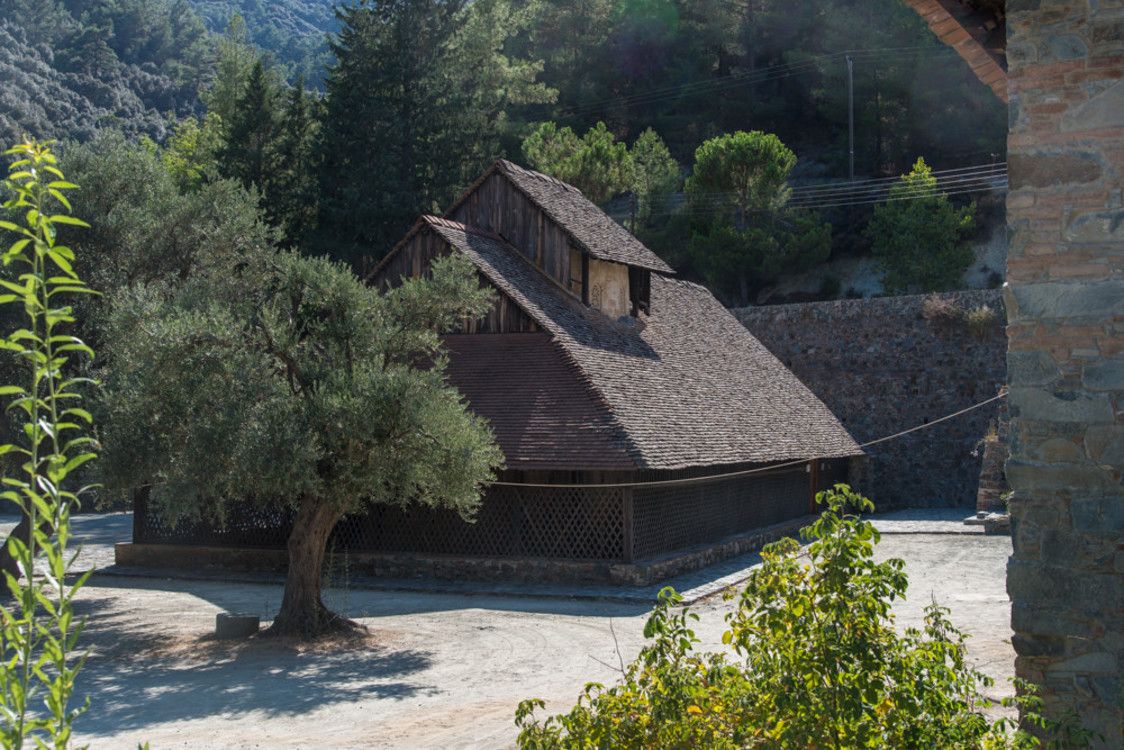 A wonderful combination of rich cultural heritage, warm hospitality and a beautiful natural environment - that is a perfect way to describe the church of Panagia tou Araka (Our Lady of the Pea) in the village of Lagoudera (in the Pitsilia area)  at the foothills of the Troodos.

It is one of the ten Byzantine churches of the Troodos mountain range that have been granted World Culture Heritage status by UNESCO. Panagia tou Araka Church is considered to be one of the most important Byzantine churches in Cyprus, together with Church of Asinou and Agios Nikolaos tis Stegis.

There are two suggestions where the unusual name derives from. According to a local tradition, the name originates from 'ierakas' or hawk. It is believed that a hawk guided the owner-prince to the location of the Virgin's icon. Another suggestion states that is derived from 'arakiotissa' which means 'of the wild pea'. It seems that the wild pea lavishes in this district. 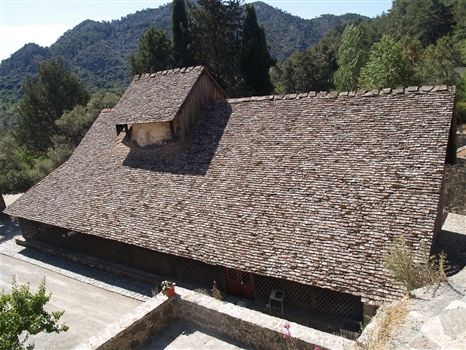 Just like many other churches in Troodos area, this one also used to be the monastery church (katholikon) of a monastery complex. It was built in the second half of the 12th century. It is a single-aisled dome-hall with a cross-shaped roof. A second timber roof covered with flat tiles was added, extending beyond the church walls to create a covered enclosed porch on three sides. The wooden church resembles a barn at the first glance. It looks enormous with a high-pitched roof and wooden trellis. The reason it was given a barn-like gable roof was to make it more resistant to the area’s weather conditions. 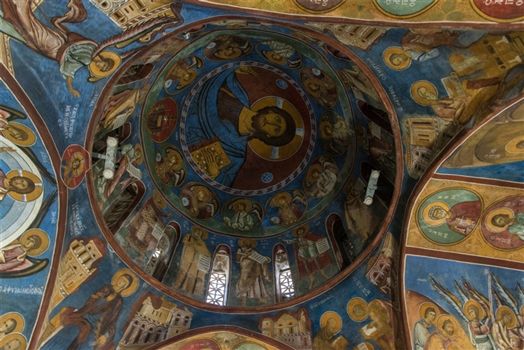 Do not let the first glance misguide you because it holds some of the finest examples of Orthodox frescoes, dating back up to 1192. There are some unique neoclassical images influenced by Constantinople art. Scenes include the Pantocrator surrounded by the Preparation of the Throne, the ultimate symbol of The Day of Judgement, and The Angels in medallions, the Prophets, the Annunciation of the Virgin, the Evangelists. In addition, the enthroned Virgin between Archangels with Christ and 7 Cypriot saints are depicted. The Nativity, the Descent to Hell, the Baptism, the Ascension, the Presentation and Dormition of the Virgin and a row of Saints complete the iconographic circle. A standing Panagia Arakiotissa occupies the south wall under the Dormition of the Virgin. The wall paintings are attributed to Theodoros Apsevdis.

The monastery functioned until the 19th century and then has been abandoned. Vassili Barsky, a Russian monk, visited the island in 1735, at that time the monastery was already almost abandoned, inhabited only by three monks.

Before you take any photos of the frescoes, show courtesy and spare some time to speak to the local priest or caretaker first. The church’s priest can usually be found next door. A local caretaker is supposedly in the church every day or his contact details should be posted on the church. They will be happy to escort you.

Keep in mind!
We advise not to take shortcuts on forest tracks through the Troodos area to reach the church – stick to the main roads for your own safety!

Open all year round.