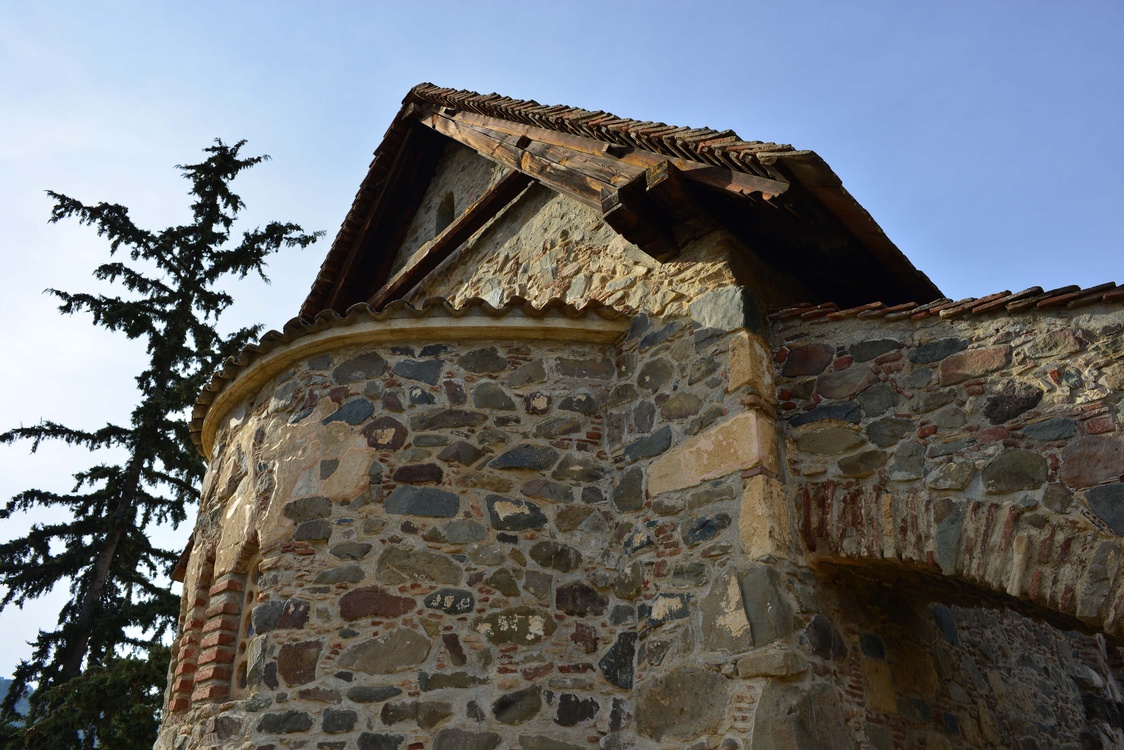 The church of Panagia Phorbiotissa, better known as Panagia of Asinou is a small church dedicated to the Virgin of ‘Phorbia’. It contains some of the finest Byzantine wall paintings on the island, dating from the 12th to the 17th century and is listed as a UNESCO World Heritage Site. It is located 3km South of Nikitari village in the foothills of the Troodos Mountains.

This church used to be a monastery church and was built in 1099 by Magistros Nikephoros Ischyrios. He took a monastic vow and became a monk with the name Nikolaos after his wife’s death. The monastery functioned until the end of the 18th century. The name derives from an 11th century BC Greek city called Asine.

Panagia Asinou Church consists of the vaulted single-aisled nave and the narthex - which is a later addition added during the second half of the 12th century, along with the steep-pitched timber roof, covered with flat tiles. Unfortunately today, there are no traces of the rest of the monastic buildings.

By the fame of this church, it is quite a surprise to find it is so tiny, hidden on a north-facing hillside of eucalyptus and pine trees.  The wall paintings in this church are exquisite, some of the best examples of Byzantine art in Cyprus and they cover all the walls of the church. The earliest frescoes dating back to the 12th century. These frescoes reflect the art of Constantinople, which possibly is the artist's birthplace and they are one of the most important groups of Byzantine art of this period. The strong influence of the Empire's capital can be explained by the fact that the prevailing geopolitical conditions of the time led Alexios Comnenos I (1081-1118) to render Cyprus his most important military base of the North-eastern Mediterranean.

Of the original wall paintings on the east and west section of the church and sanctuary and a few others, include The Dormition of Virgin Mary, the Assumption and the Communion of the Apostles. The oldest narthex wall painting (1105) is Panagia Phorviotissa.

Opening hours can change without notice.