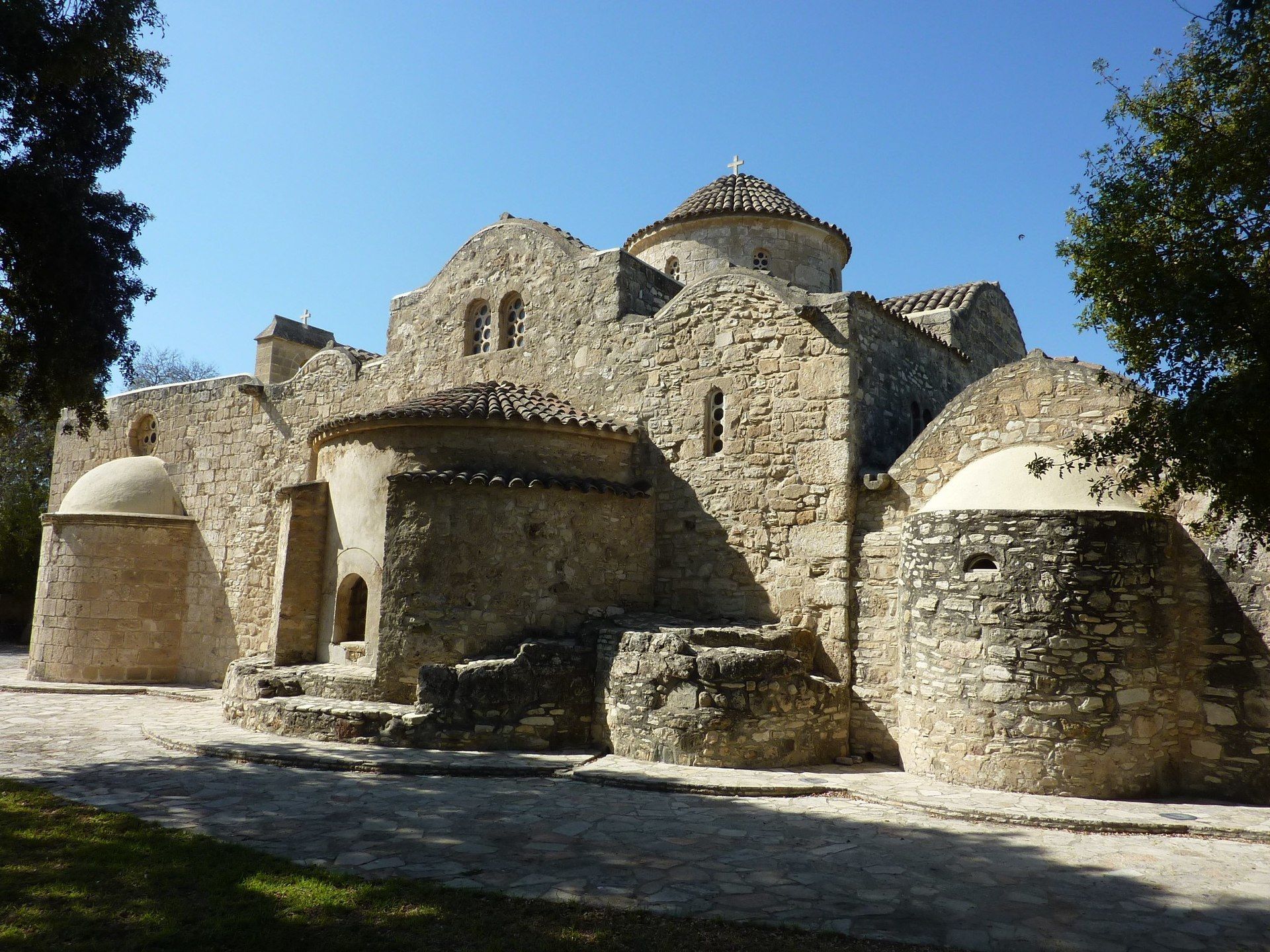 By Dana Ungureanu
Published on 26 Nov 2017, viewed 1077 times
Category: Places to see
Share this article:
The church of Panagia tis Aggeloktistis is situated  12 kilometres from Larnaka (ancient Kition)  in the northwestern side of the village of Kiti. It was built over the ruins of an Early Christian basilica. Since September 2015 the Church of Panagia Aggeloktisti was submitted as a possible UNESCO World Heritage Site in and is currently listed on the list of Tentative UNESCO World Heritage Site.
It is believed that the residents of ancient Kition moved to Kiti in order to escape the Arab invasions. In Kition they built a church in honour of the Virgin (Panagia). While building the church, they realized that the foundations had moved to a different location overnight. After this miracle, they changed the location of the church. One night they saw an army of angels coming down at night to build it. This is where the name 'Aggeloktisti' ('built by Angels') derived.
The way the church is now is a result of later additions and alterations, however, originally it belongs to the type of the domed, cross-in-square structure. In the 12th century, a barrel-vaulted 'parekklesi' (chapel) was built on the northern side of the temple and was dedicated to the healer saints Anargiroi, Kosmas and Damianos. Another chapel (the so-called 'Latiniko parekklesi' (Latin Chapel), was built to the south of the church of Panagia in the end of the 13th/beginning of the 14th century to serve the religious needs of the rulers of Cyprus at the time.
The interior of the church is significant due to frescoes of the 13th century, icons dated to various periods and the famous mosaic of Panagia tis Aggeloktistis. It is considered to be one of the most significant and elaborate wall mosaics of Early Christian art. It portrays the Virgin standing, holding baby Jesus in her arm, with the Archangels Michael and Gabriel on either side.

The dome of Panagia tis Aggeloktistis