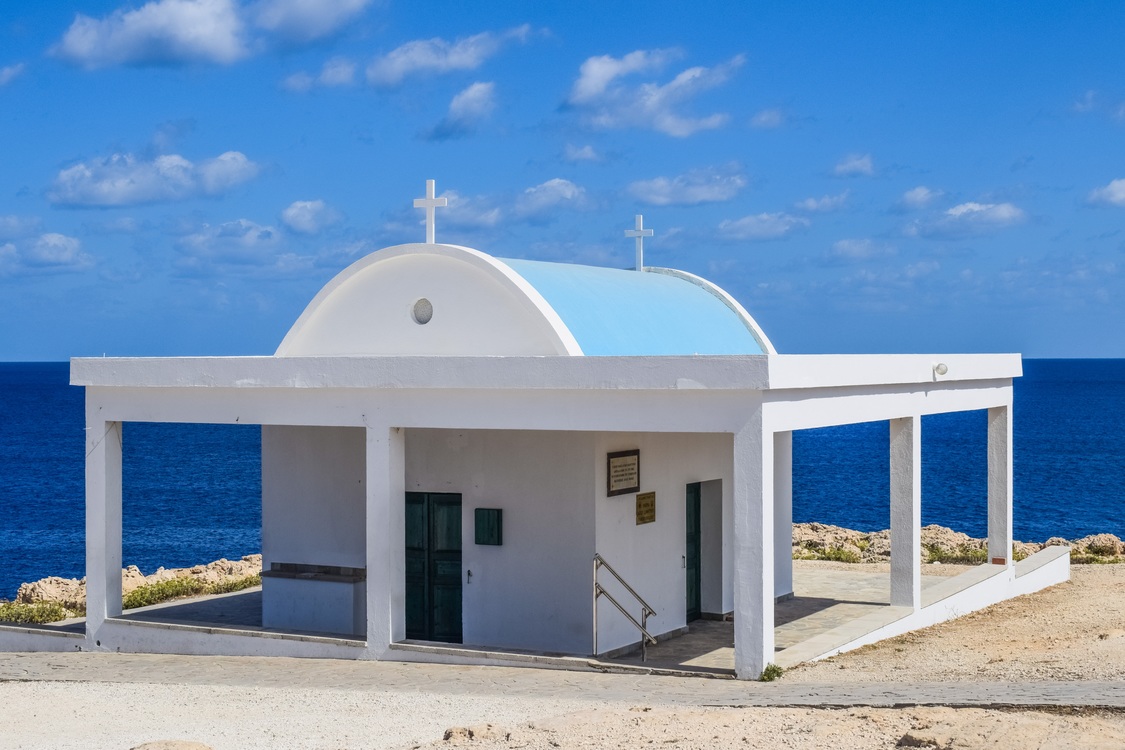 One of the few buildings in Cape Greko National Park is the small chapel dedicated to Agioi Anargyroi (meaning 'without pay'). Chapel is located near Cape Greco, close to Konnos Bay. A modern, simple chapel built in 1950, on a rocky small cliff overlooking the sea and the turqoise waters of the picturesque Cape Greco .
According to the local legend, the cave below this chapel is a hermit's cave. It is believed that twin brothers and Saints Cosmas and Damianos, who were doctors, spent there years as ascetics, healing the sick without receiving any kind of pay. In the depth of the cave, there is a dent in the rock with holy water which is not affected by the sea water.
This place is also popular for wedding photos and ceremonies.
Cyprus Church Coast Cultural landscape