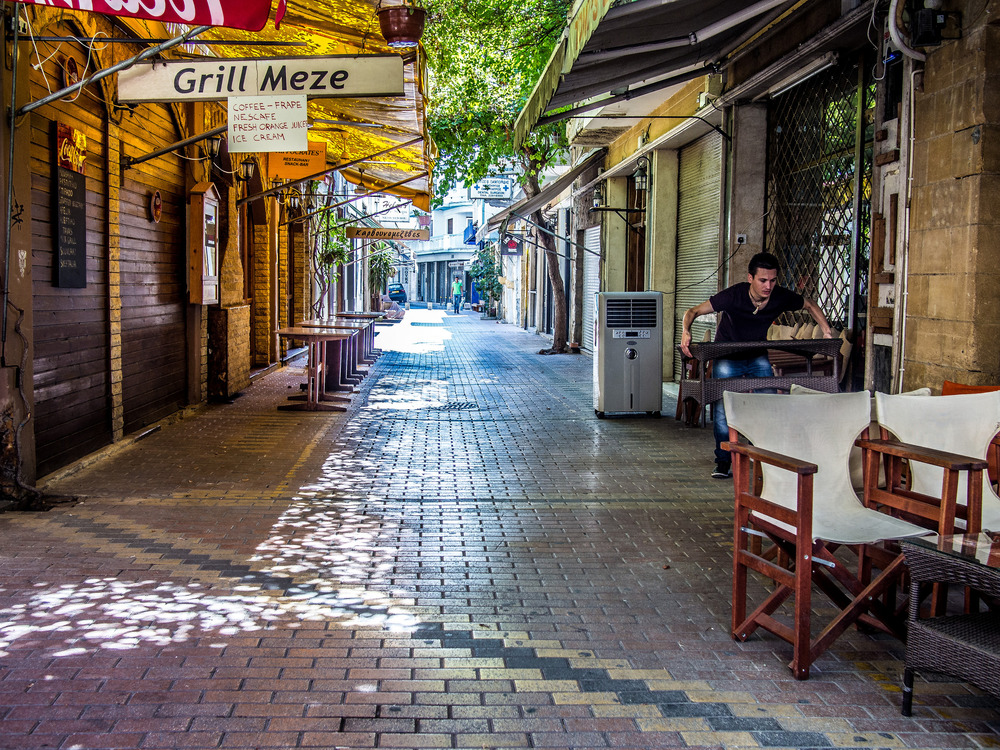 Have you ever wanted to be in two places at once? Well, in Nicosia, the capital of Cyprus, you can do just that. Learn a little bit more about this fascinating city divided between two worlds and find out about the differences between the two parts of the island.

A minute of history

In case you do not know, Cyprus is a divided country. In 1974, the Greek military junta overthrew the Cypriot President in an effort to unite the island with Greece. At the same time, Turkey invaded the northern part of Cyprus in order to ‘protect’ the Turkish citizens. Soon after, the junta was defeated, but Turkey launched a second offensive, which resulted in it occupying a third of the island.
The section of Cyprus occupied by Turkey has become a self-proclaimed independent Turkish Republic of Northern Cyprus. However, not a single country (apart from Turkey) recognises its independence. Up until 2003, the two parts of the island were separated and no traffic was possible between the two sides. These days, people can move between the Turkish and Greek sides of Cyprus more or less freely, albeit they have to pass through check points on either side of the Green Zone to get from one part to another.
The divide between two sides passes right through the capital of Cyprus, Nicosia (or Lefkosia). So how does it affect the life in the city? Let’s find out. 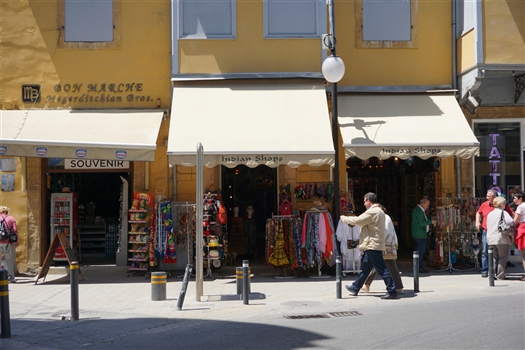 Greece has always had a significant influence on Cyprus, and nowhere is it more apparent than in Nicosia. You can find it in the local cuisine, architecture, traditions, as well as in the fact that people mostly speak Greek.
At the same time, the southern part of Nicosia (and the rest of the island) have been revitalised over the years. Everywhere you go, you can see the touch of modern days. Along with traditional Cypriot lace stalls and restaurants, there are also Debenham stores and Starbucks cafes.
When it comes to religion, Greek Orthodox Church is the most prominent in the southern part of Nicosia. The city is filled with beautiful Orthodox churches, such as the Church of Archangel Michael Trypiotis, which is a great destination even for people that are far from religion.
As we have mentioned before, people on the southern side of the divide speak Greek, so most of the signs you see will be in Greek. They also use euros as currency. Overall, Nicosia is always filled with tourists and natives, so you can find people of all ages and nationalities enjoying the views and having a good time in the city.

The border between two worlds 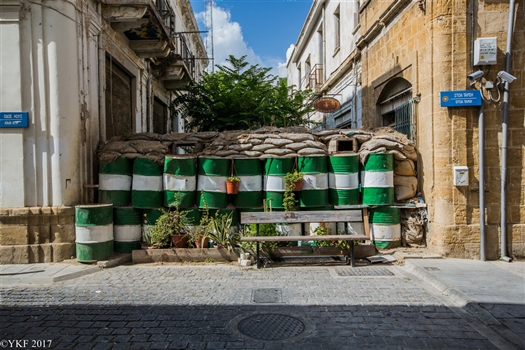 There are three checkpoints you can use to cross from the Greek side to the Turkish side of Nicosia:
Regardless of the point you choose, you can cross from one side to the other on foot in minutes and find yourself in a different world. If you go by car, you will need to take out additional car insurance at the crossing to be covered on the other side as well. 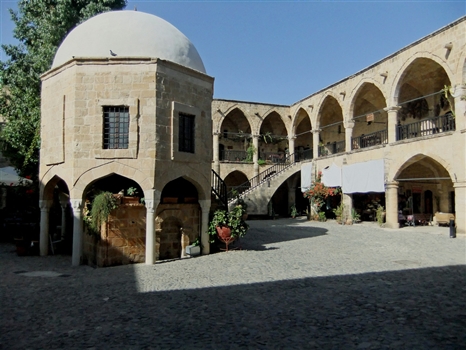 As soon as you step over the border, you can feel that you are in a completely different country. Not only are people speaking a different language (Turkish) and using different currency (lira), but there are also mosques instead of churches and Turkish flags instead of Greek.
You will not see quite as many chain stores or cafes on this side of the border, nor will you see as many upgrades to the general look of the city. As opposed to the bustling Greek side, the Turkish side is much quieter, as it does not have quite as many visitors. Nevertheless, the Turkish Nicosia is filled to the brim with places to see and visit.
For instance, what it lacks in modern stores, it makes up for in traditional markets. In addition, it has plenty of sights, such as the Venetian column, the Selimiye Mosque, the Dervish Pasha Museum, as well as many others. If you want to experience the Turkish culture and cuisine, or get into a Turkish bath, then you should definitely consider visiting Northern Cyprus.
All things considered, Nicosia manages to combine the two different cultures quite effortlessly. Despite the tumultuous history, people on either side of the border do not feel hatred towards one another, but consider themselves as members of a single nation. So if you put politics aside, visiting Nicosia can be a perfect way for you to be in two places at once.
Cyprus City center Old town Citytrip Historic centre