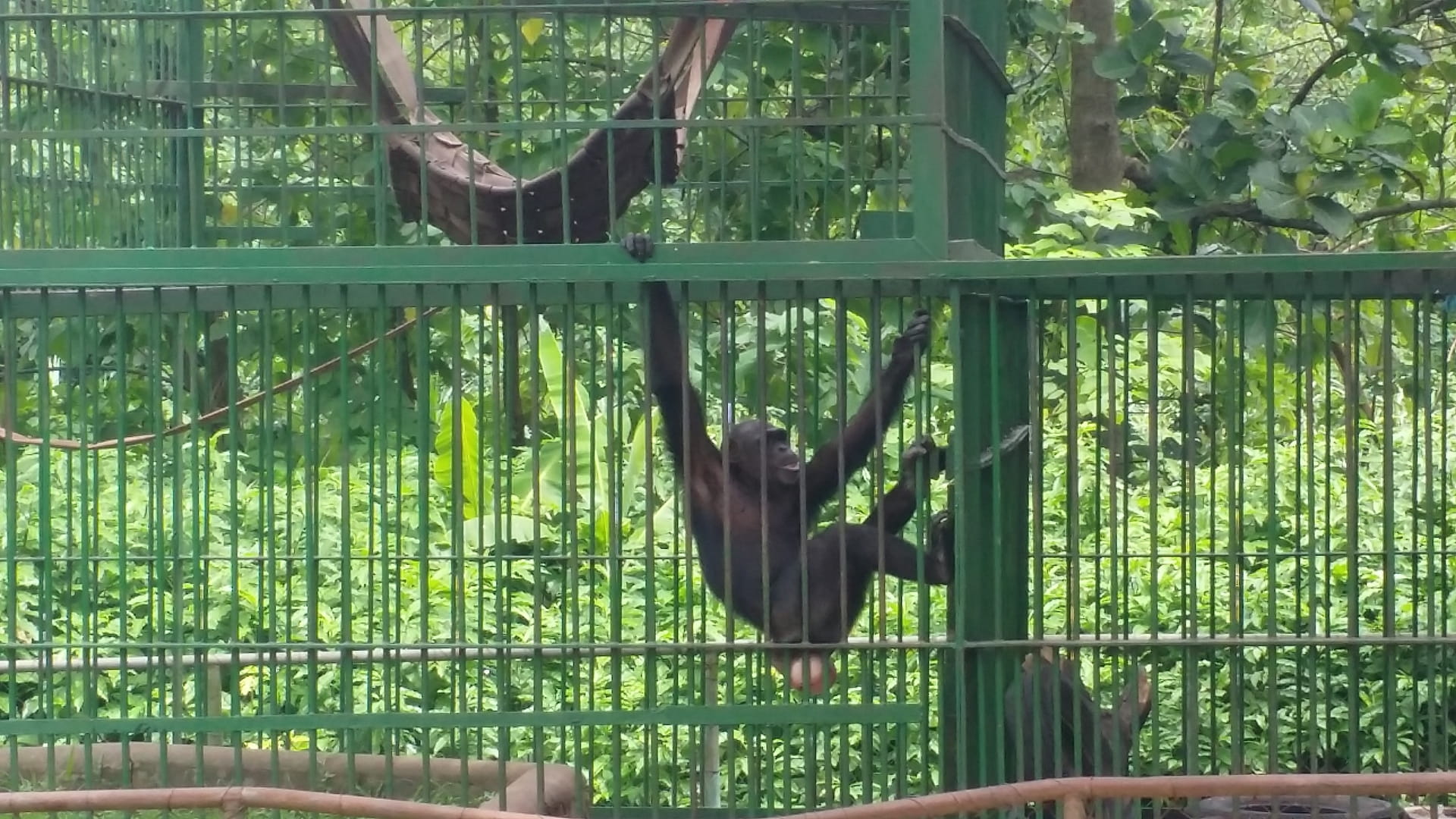 Kumasi Zoo is one of the most visited attractions in the Ashanti Region and is the premier national zoo. It is located in central Kumasi between the Kumasi Kejetia Bus Terminal and Kumasi National Cultural Centre.

It was established in 1951 and first opened to public in 1957. It has become popular attraction among tourists as well as locals. 80% of the visitors are local school children.

11,000 hectares is a home to 162 individual animals and 46 different species. Here you will find primates, reptiles, cats, rodents, birds, even hundreds of bats (they are not entirely part of the zoo but are under the protection of the facility).

Kumasi Zoo facilities are also used for scientific research and field laboratory purposes. Scientists study animal behavior and interaction with humans, as well as disease transmission patterns. Zoo is also used as breeding facility for endangered animal species becoming extinct because of the timber logging, hunting and other human activities. Breeding programs are developed with the main intention of releasing animals back to the wild, once it is safe.

In addition to animal preservation, Kumasi Zoo also works on education of public, creating awareness on wildlife preservation and conservation for future generations through keeping a balanced ecosystem. 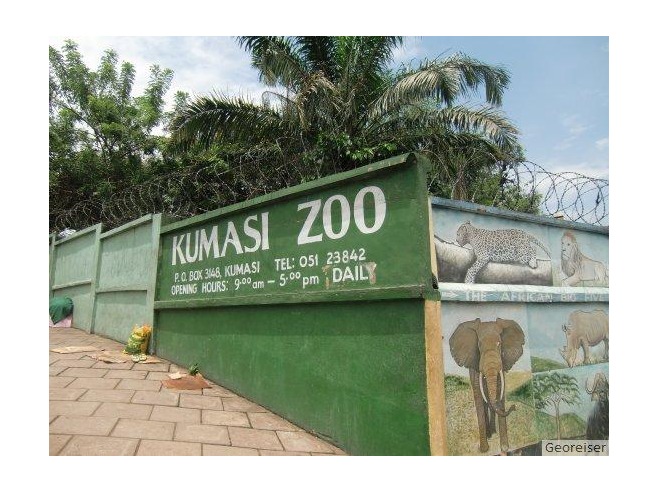