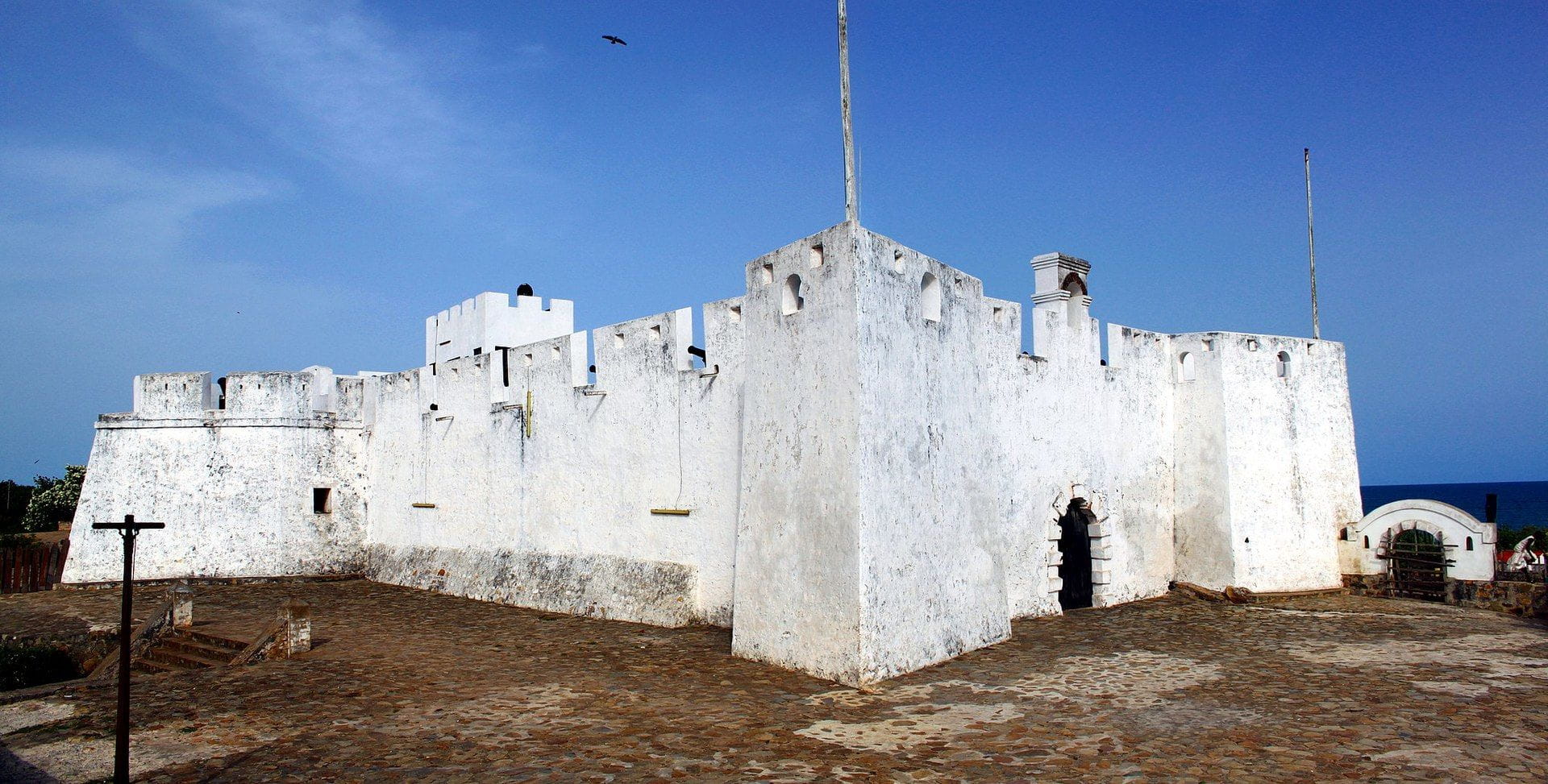 By Ghana Museum and Monuments Board
Published on 05 Aug 2018, viewed 2923 times
Category: Places to see
Share this article:

Reminding of British colonial times, Fort Metal Cross stands tall on a headland near Infuma, a fishing village in Dixcove (Dick’s Cove, as it was initially named), in Ghana’s western region. The quiet waters of the bay are perfect for sailing (if you have a small boat) and canoeing. Large ships anchor about 2 kilometres offshore.

Attracted by the promise of gold to this part of the world, the British started the construction of Fort Metal Cross (initially Dixcove Fort) in 1692. Up to this point, the fortress’s story is pretty similar to that of Fort Batenstein built by the Dutch. Another thing the Brits had in mind when they built the fort was regaining the English captains trading at the Brandenburg Company-owned Fort Gross Friedrichsburg only a stone-throw away in Princestown. Locals, who were led by 2 chiefs whose loyalty swayed between the British and the Dutch, attacked the fort on repeated occasions for the Dutch, delaying its completion. By 1750, Fort Metal Cross was equipped to support up to 25 canons.

'The fake mint of the Gold Coast'

Well, but what about the gold? As not always can we get what we want, neither did the British get the gold in Ghana. The gold they did manage to mine was impure and hardly of any use for their purpose. That’s what urged Bosman to call the fort ‘the fake mint of the Gold Coast’. Fort Metal Cross was soon converted into a service-station for ships and distribution of timber from the nearby forest, repeating the history of Fort Batenstein. When the human commodity was discovered it became a prison-warehouse for slaves awaiting shipment to the Americas.

In 1867, the British and the Dutch struck a bargain and signed a fort exchange agreement, which put Fort Metal Cross in the hands of the Dutch in 1868. To reinstate peace in their area of control, the Dutch called for military reinforcement and prevent attacks from the locals, who were outraged by the change in administration. So, with the ownership the name of the fortress also changed to ‘Metalen Kruis’ (Metal Cross in Shakespeare’s language), borrowing the name of one of the Dutch gun-boats bringing the reinforcement. This period of ‘peace and quiet’ was short-lived for the Dutch, who due to the huge financial requirements the control and management of Fort Metal Cross raised had eventually to sell their fortresses to the British. So, the fort was back to the Brits again.

Over the years, it has served both as police headquarters and post office. Currently it caters to the needs of a private organisation, which has leased it. 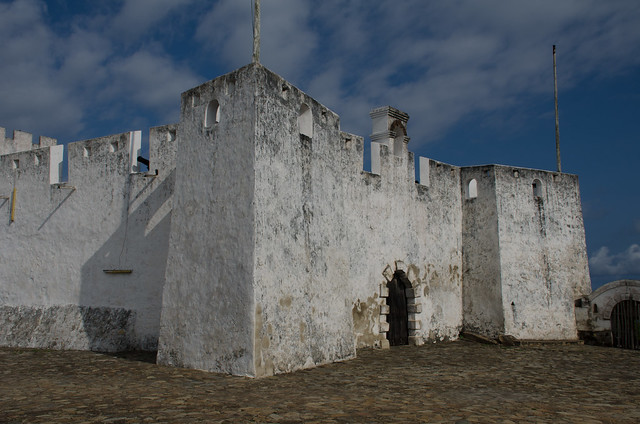