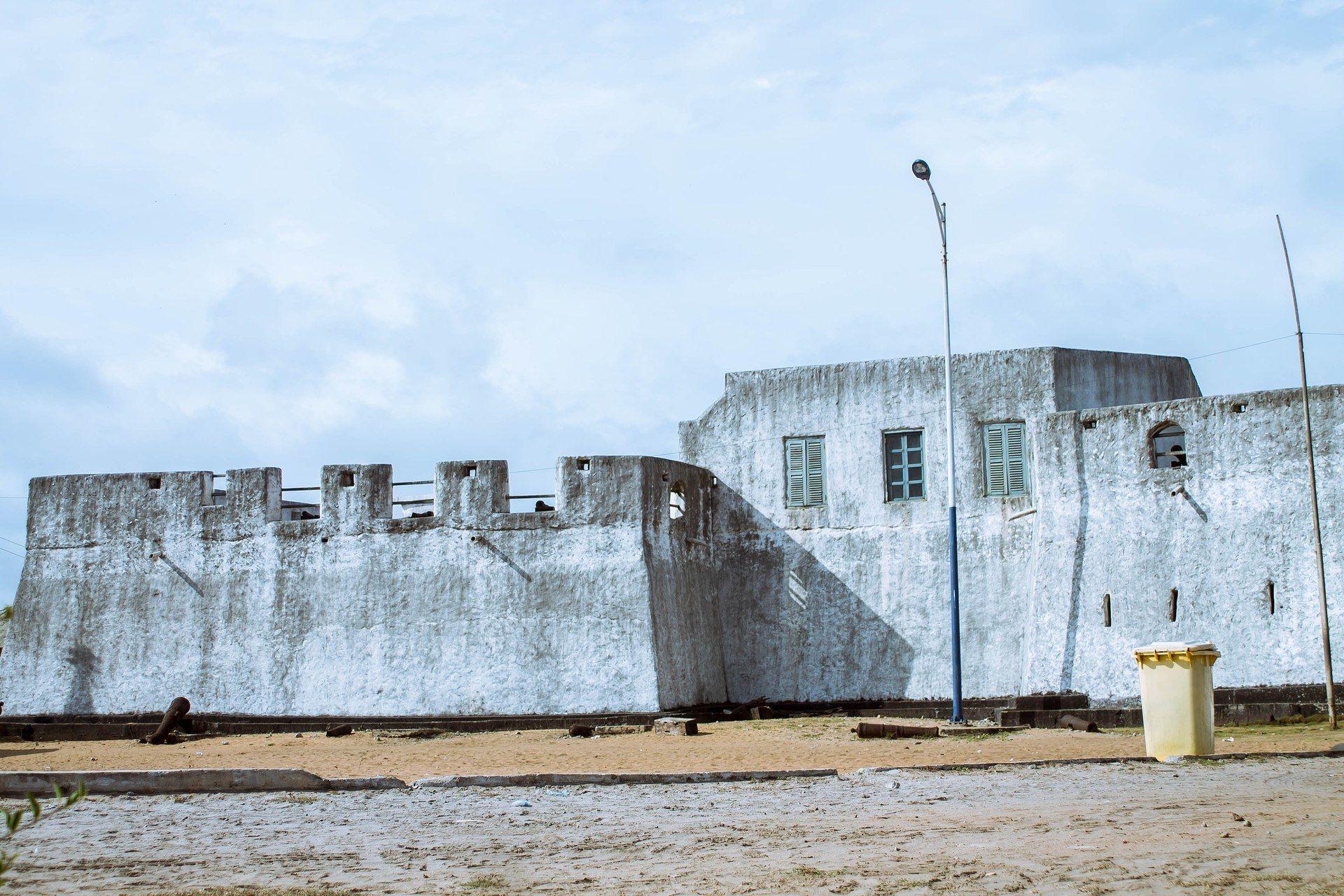 By Ghana Museum and Monuments Board
Originally published on 05 Aug 2018, latest update on 10 Jan 2020, viewed 3689 times
Category: Places to see
Share this article:

Museum of Nzema Culture and History

On the seaside overlooking Beyin you will find Fort Apollonia. Beyin is the traditional capital of the Western Nzema Traditional council located in the Jomoro District (Western Region) of Ghana. Fort Apollonia was constructed in a different style unlike any other fort in the Gold Coast. It features a substantially stronger seaward bastion serving as a defence for the cells inside that were used for storing the bought slaves from the interior parts of the country. The name of the fort was given by a Portuguese explorer who first caught sight of the place on St. Apollonia’s Day.

Fort Apollonia was originally built by the British between 1765 and 1771, to ward off Dutch colonial ambitions and to facilitate trade. It all started when a Nzema Chief, Nana Amenihyia Kpanyinli granted the English Committee of Merchants permission to build a fort at Beyin on an elevated platform known as Cape Apollonia. In 1766, the quest for building materials began; construction lasted for two years later as the last fort in the Gold Coast to be built by the English.

Architecturally the fort is irregular in appearance and square in outline with four bastions linked by curtain walls. The bastions are of different shape and size. The western bastion was strategically positioned to give a disproportionately large size and extra solidity sporting nine mounted. The other three bastions were smaller and designed to carry up to five guns.

The abolition of the slave trade in the Gold Coast diminished the economic importance of the fort. As a result it became expensive to maintain and the British abandoned it in 1819. Its ownership was transferred to the Dutch in 1868 as part of the 1867 exchange of forts agreement between the British and the Dutch. The Dutch renamed it in honour of their monarch Willem III and held it until 1872, when it reverted to the British. The fort was later bombarded by a British gunboat in 1873, during a British attack on Beyin on account of its coalition with the Asante Kingdom.

The fort fell in ruins but was rehabilitated in the 1960s by the Ghana Museums and Monuments Board and used as a Rest House. Now it is used as historical and ethnological museum dedicated to the Nzema’s. In 2010, creating a museum worth visiting, another restoration was made by COSPE an Italian and on the 30th October 2010 it was inaugurated as Fort Apollonia museum of Nzema Culture and History.

Apart from having the fort, Beyin also has an attractively sandy beach for recreational activities such as sand bathing, beach soccer among others and it is one of the few sites in Ghana where the spectacular European oystercatcher is regularly observed.