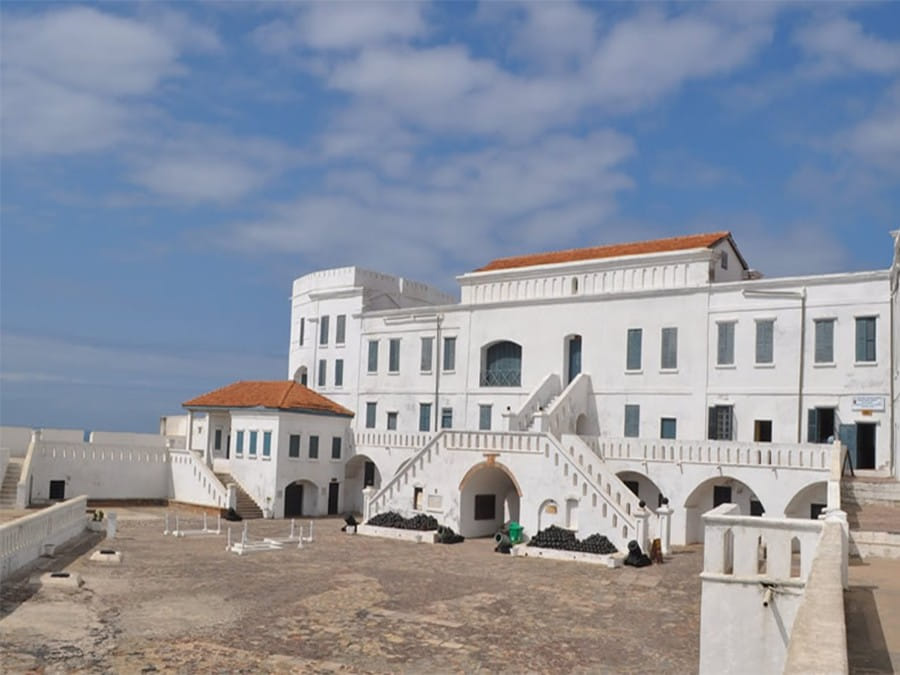 By Ghana Museum and Monuments Board
Originally published on 21 Nov 2017, latest update on 14 Mar 2020, viewed 3021 times
Category: Places to see
Share this article:

Want to know how the brave new world came into being? Step back a few centuries and visit the Cape Coast Castle in Ghana. Now a museum, Cape Coast Castle is one of the about 40 slave castles or large trading posts built by European traders and colonists.

A Little Bit of History

Originally built by the Swedes in 1653, Cape Coast Castle was intended as a trading post and fortification for timber and gold. Later on it was converted into a trans-Atlantic slave trading post. Like Elmina Castle and Fort Christiansborg, Cape Coast served as a final hub or depot from where Ghanaian slaves were loaded onto ships and sold in the Americas and the Caribbean. The ‘Gate of No Return’ as it was called, the castle was the last stop before the long journey across the Atlantic.

The significant amount of gold dust spread across Ghana attracted European colonists in this part of the world like a magnet. Many Cape Coast locals used this wealth to their advantage trading gold and precious mahogany wood for clothes, blankets, spices, sugar, silk and other items they were in need of. And guess where all the bargaining took place - Cape Coast Castle.

Soon enough a new and more ‘human’ commodity outranked gold – SLAVES – and it didn’t take long for astute traders to figure that out. The castle became one of the main slave-only trading points in Ghana and it underwent major changes for that matter. Underground dungeons were added to the castle, which could hold up to 1,000 slaves. The new merchandise attracted a lot of European nations to Ghana and they all wanted to have more than just a fair share of it… That is why Cape Coast Castle changed names and underwent as many alterations in the course of time as owners.

In 1659 the castle got in the hands of the Dutch after short ownership by the Danish, based on a rumour that Denmark had been conquered by the Swedes. It was then that all the Danish possessions including the castle were handed over to the Dutch. The King of Fetu was extremely unhappy about it and thus prevented the Dutch from assuming ownership of it. However, in 1660 he decided to sell the fort to the Swedes. After the king’s death in 1663, the Dutch were finally able to occupy Cape Coast Castle.

Back to the Present 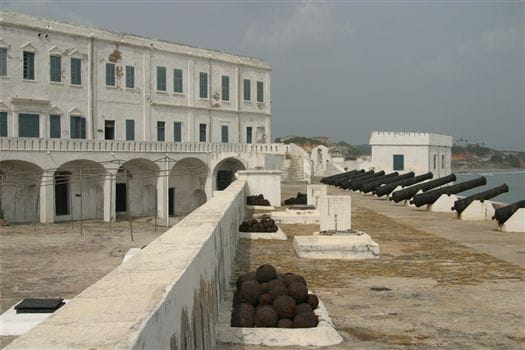 We have travelled back in time to give you a brief insight into the story of the place, now let us return to the present day. Today, the castle-fort serves the cultural and educational purpose of a museum that aims to educate visitors about the impact of the European colonisation of Africa and interaction with the local communities.

The museum’s collections include maps of slave trade routes, objects that were traded in for slaves like glass beads, weapons, and whisky bottles. Visitors can get a glimpse of the experience of the enslaved by taking a look of the various representations of the hold of a ship and auction blocks on the permanent exhibition. The collection also includes exhibits pertaining to the Central Region’s pre-colonial past as well as contemporary items.

Gate of No Return in Cape Coast Castle

Cape Coast - The city around the castle