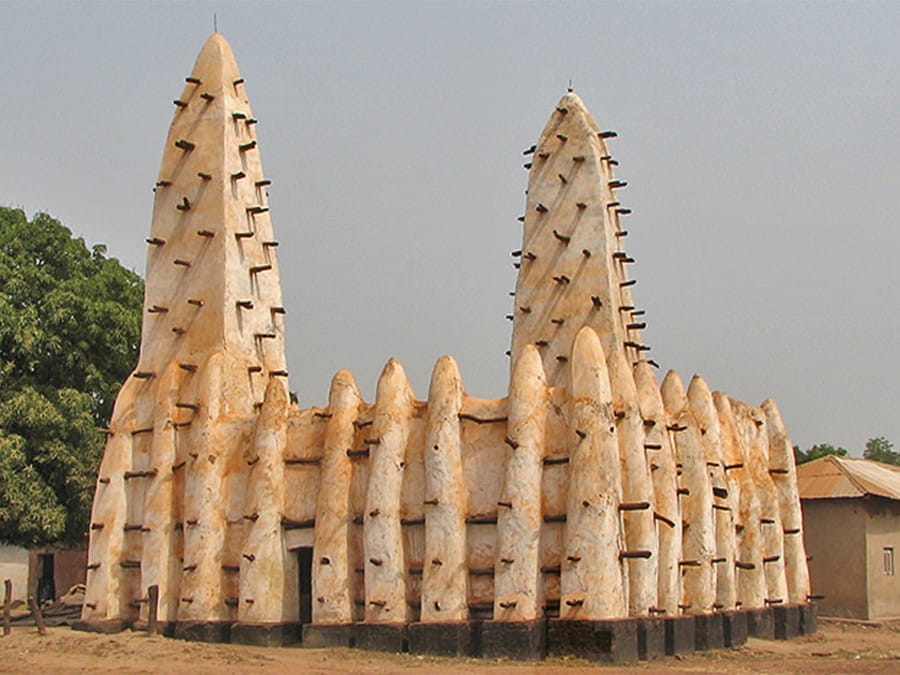 If you want to get a grip on the beliefs and rites of the Ghanaians, Banda Nkwanta Mosque is then a must-visit. Located in the small town of Banda Nkwanta, in the heart of Ghana, the mosque was built in the 18th century by Muslims migrating south from Sudan. The architectural style follows traditional lines and materials that include mud/adobe for the walls, which are covered with plaster. The beams that stick out have been designed to support the scaffolding, which is frequently used for maintenance and refurbishing after the heavy rain season.

A bit of history

Most of the communities in the northern region of Ghana are Muslim. The Islamic cult first entered Africa through Egypt in the 10th century AD and spread to the west and south in the same period with the trans-Saharan slave and gold trade routes. These routes were used by Mande warriors, Islamic traders and missionaries. Every now and then, the Almoravids would leave their mark on these routes. The Almoravids were a Berber dynasty that played a crucial role in the spreading of Islam in the region. In the conquered territories people were converted to Islamism, hence the presence of mosques every here and there in North Ghana.

Generally, ancient African mosques were built in Sudanic-Shaelian styles, which are also spread in Burkina Faso and Côte d’Ivoire. The hallmark of this style is the fusion of vernacular constructions techniques and strict architectural rules that need be followed throughout the building process. Two major styles are predominant – the Sudanic style and the Djenne style. Banda Nkwanta Mosque follows the Sudanic style, though rectangular in shape, with timber frame structures and pillars, which support the roof. Two pyramidal towers (e.g.: the minaret and the mihrab) and a number of irregularly-shaped buttresses, with pinnacles sticking out above the parapet enlivening the overall construction, are the main features of the mosque. 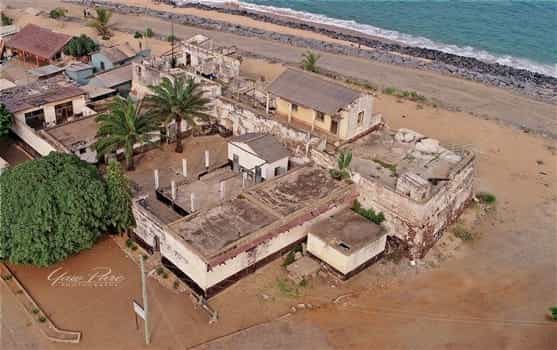 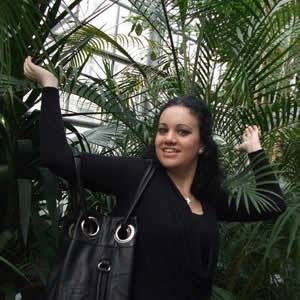