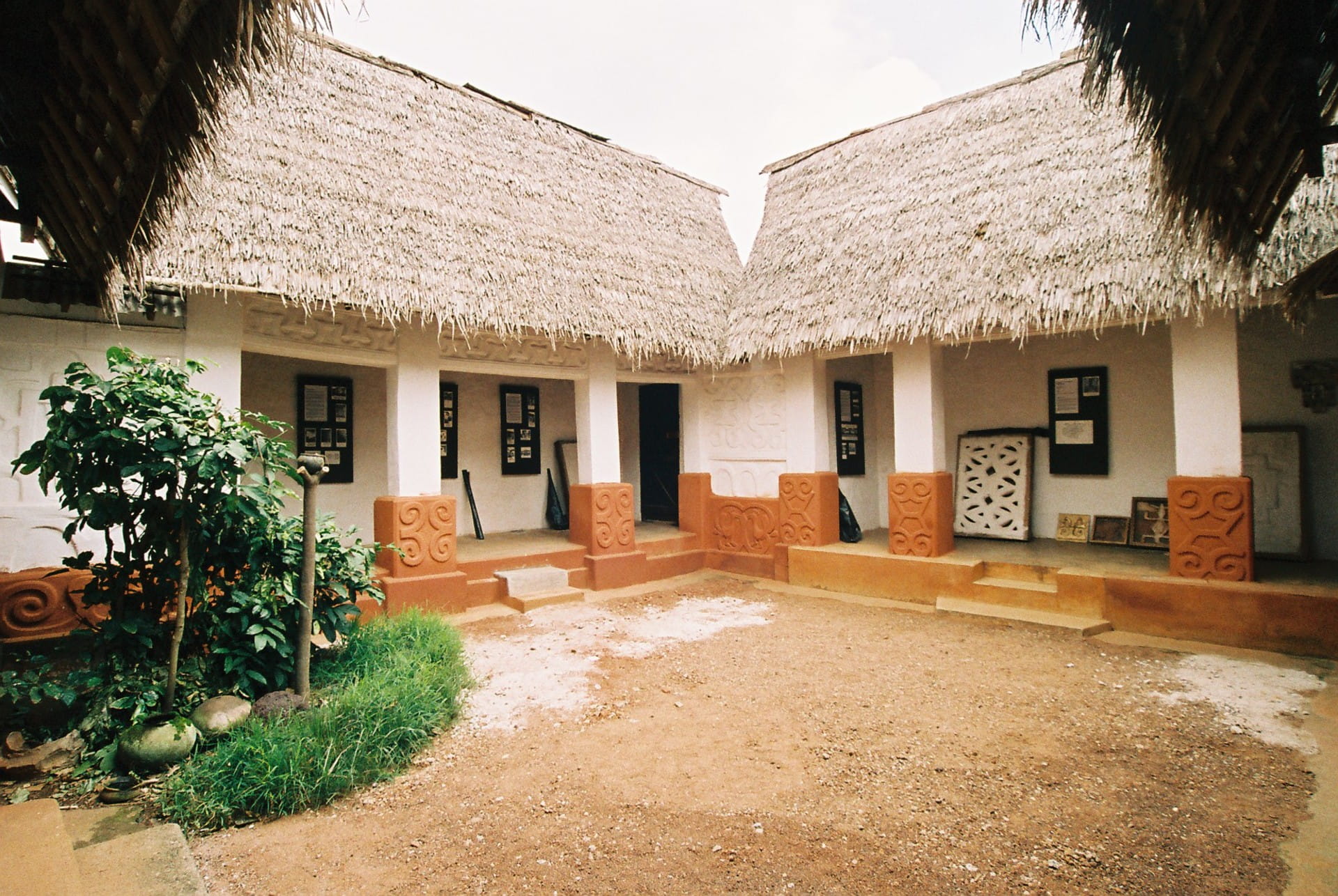 By Ghana Museum and Monuments Board
Published on 05 Apr 2020, viewed 3486 times
Category: Places to see
Share this article:

The Asante Traditional Buildings are a unique and authentic collection of 13 buildings ( Abirim, Asawase, Asenemaso, Bodwease, Ejisu Besease, Adarko Jachie, Edwenase, Kentinkrono, Patakro and Saaman) situated in ten locations. These beautifully decorated buildings, from 100-200 years ago, are probably the last authentic architectural remains from the prosperous Asante Empire times. The Empire reached its golden age in the 18th century. Sadly, during the British raids in the 19th century most of the shrines were destroyed. Since 1980 the Asante Traditional Buildings are included in the list of World Heritage Sites. These are not just buildings - they are religious and spiritual heritage that has been kept alive.

Most of the buildings are situated on the north and the east from Kumasi, as well as in central south areas of Ghana. Each building is a shrine, spiritual home or ' the home of Gods and men' and is dedicated to one of the minor deities ('Abosom') of Asante. The deity would mediate between the mortal and the supreme God - 'Nyame'.

The dwellings are built using natural materials as earth, wood and straw and are prone to disintegrating rather quickly due to warm humid climate. Therefore, the dwelling do require constant maintenance which include not only technical features but also symbolical ones. The spread of agricultural developments makes the traditional building materials like thatch, bamboo, and specific timber species more difficult to obtain.

The building in Besease is one of the Asante Traditional Buildings and shows the standard plan for shrine houses at the time. It has been fully reconstructed using only traditional designs and building methods.

Typically, Asante shrines had multiple rooms arranged around quadrangular courtyards with steep thatched roofs. Usually three rooms that were used as drumming, singing and cooking room were open and accessible from the courtyard side, while the fourth was always screened off and may be entered only by the priest. In the courtyard there is an altar ('Myame Dua') to the supreme God. The walls were plastered and widely decorated with the traditional Adinkra symbols. The colors were bold - orange and white.

The wide variety of traditional motifs are depicted in bold and unique bas-reliefs. These decorations are not merely ornamental, they hold strong symbolic meanings. The symbols represent cultural concepts, beliefs, as well as philosophies and wise sayings of the Asante. All this information is encrypted in human and animal, plant forms and geometric shapes found on these magical buildings that are linked to 'Adinkra' symbols. This knowledge has been passed on from generation to generation.

The local community holds these spaces and buildings as sacred and some even have a resident priest. The traditional religion still has been practiced widely in these shrines. Mostly it takes a form of locals seeking advice or consulting their deities before taking important decisions or before making important moves in their lives. 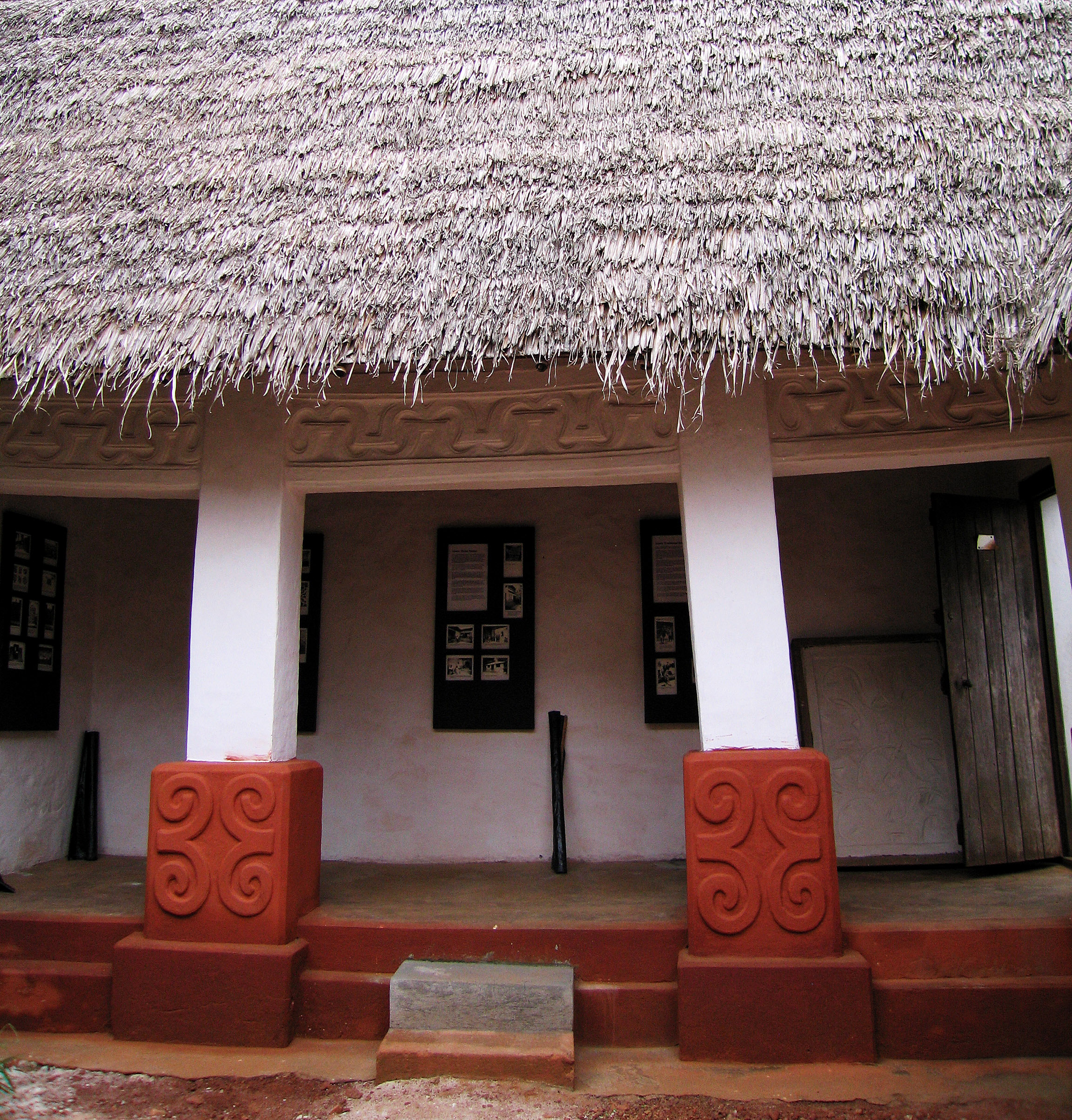