The beautiful art of Glass Bead making from Ghana 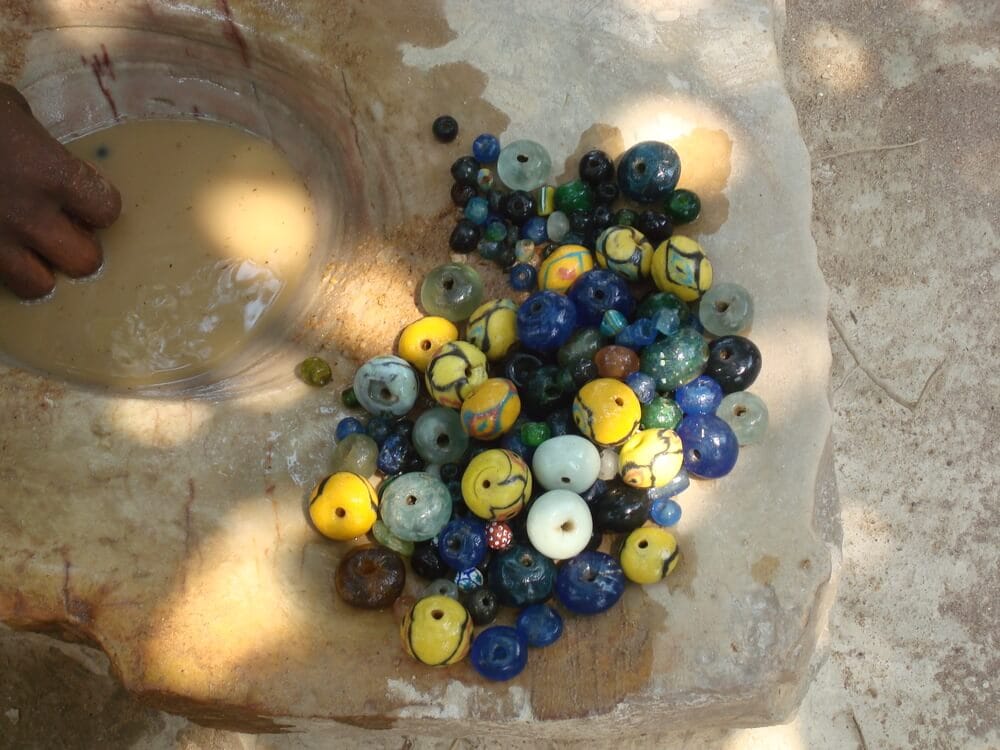 You might not know this, but Venice is not the only place in the world where people make beautiful things out of glass. For decades, Ghanaians have been making wonderful glass beads from recycled glass, and they are absolutely captivating. If you want to learn more, continue reading, and we will tell you all about it.

The most well-known traditional Ghanaian glass beads, also known as Krobo (named after the mountains where the main production area is) are beads made out of recycles glass. This mostly means discarded glass bottles, as well as other glass things that have been thrown in the trash. And people of Ghana have learned how to turn garbage into something beautiful.

The earliest finds of Ghana glass beads date all the way back to 970-1000. However, if we only consider the ones made out of recycled glass specifically, then it is believed that people of Ghana, particularly Krobo people, have been making glass beads since the 1920s, maybe even earlier.

There are three types of beads made out of recycled glass:

Regardless of the bead type, the recycled glass is first washed thoroughly of all the dirt and liquid and then sorted by colour. Depending on the type of bead, glass is either broken into small pieces to make translucent beads or crushed with a mortar and pestle to make powder glass beads. Painted glass beads are basically the same as powder glass beads, only they are also decorated with the paste made out of powdered glass and water.

So how does it all work? Let’s look at the process step by step:

Apart from the aforementioned Krobo beads, people of West Africa have been creating many other kinds of glass beads. Among them are:

If you want to see the art of glass bead making with your own eyes, you should definitely come to West Africa. Ghana in particular is one of the countries where you can find the most bead making factories in the region, the most popular of them being the Cedi Bead Factory. So pack your bags and plan your next trip to Ghana!

The beads at Somanya market