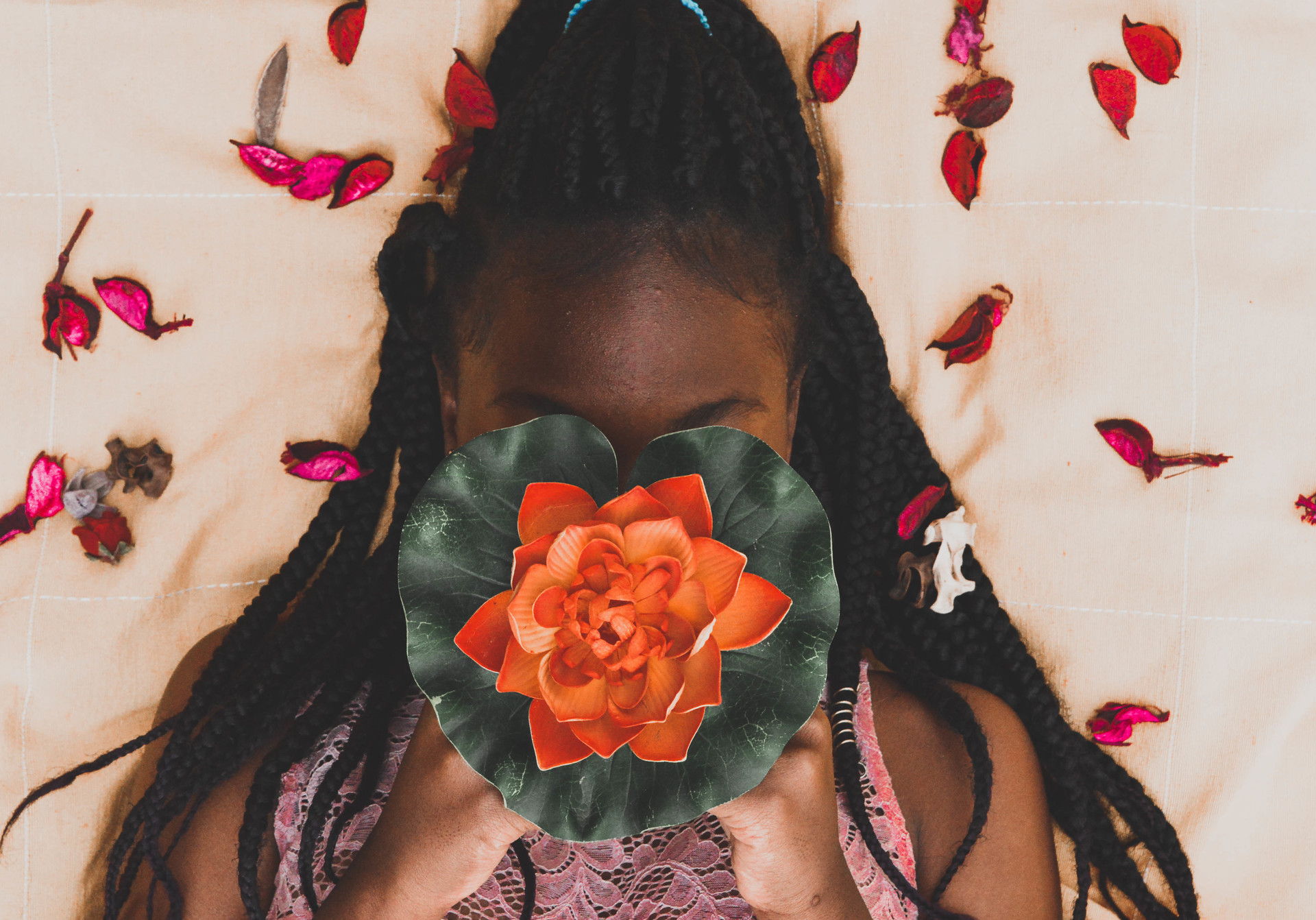 Ghana has a rich history of remarkable women whose actions have positively shaped the country both locally and on the international stage. These women have achieved global impact in almost every field. From music, literature, war zones, music and creativity. The following is the list of inspiring women from Ghana whose actions and services have shaped the country to what it has become today.

Born on the 17th of April in 1840, Yaa Asantewaa was the Queen Mother of Ejisu, a town in the Ashanti Kingdom. She is one of the most inspiring women in Ghana, known for her bravery and unshaking faith to defend her people in the face of adversity.

During colonial times, when British colonized Ghana and sent the King of the Ashanti Empire to an exile to Seychelles alongside other members of the Ashanti Government, Yaa Asantewaa became the Queen Mother of Ejisu. Frederick Hodgson, the then Governor of Gold Coast, requested Ashanti elders to surrender the Golden Stool. The Golden Stool is the most sacred symbol of the Ashanti Kingdom that ‘holds the soul of the Asante Kingdom and nation’. The request was an unbelievable mockery to the Ashanti people.

The remaining elders of Ashanti Kingdom held a secret meeting to plan their next move. There were many disagreements and discussions on how to handle the issue at hand. Most of the people at the secret meeting feared the British. Yaa Asantewaa refused to give the stool away and offered to lead the army of the Ashanti state to war. Although Ashanti people did not win, but they fought for what is theirs and resisted oppressors. Yaa Asantewaa was not only a Queen Mother and a brave woman, she was also a politician, intellectual and a human rights activist. She should be on any list of the greatest women in the world.

Born Christina Ama Aidoo, she is a Ghanaian poet, playwright, and Academic. She was born on the 23rd of March 1942. After graduating from the University of Ghana, Ama wrote the play, ‘The Dilemma of a Ghost’ in 1964. Longman later published it the following year, making her the first published African woman dramatist. Her works of literature are unique because of her creative ways of presenting original ideas. She uses witty language, colour and structuring in her works. It is no wonder; that she is the inspiration for fellow renowned African writers such as Chimanda Ngozie and Lola Shoneyin. She was the minister of education under the Jerry John Rawlings regime. Ama Ata Aidoo also received the Commonwealth Writers Prize and the first center for creative writing in West Africa has also been named after her. Ama Ata Aidoo has made her mark in the hall of fame for inspirational women in Ghana.

Born on the 13th of June 1922, Madam Theodosia Okoh is the brain behind the design of the Ghana flag. She was the fourth of the eight children, born in Asuogyaman in the Eastern Region of Ghana. After completing High School at Achimota School, she went on to Teacher Training school where she received an education in Fine Arts. When Ghana finally gained independence from the British, there was the need to design a new flag that will stand for the newly independent country. Theodosia Okoh then came up with the design for the flag that was later officially recognized as the Flag of Ghana. It contained the red, gold and green colours with the Blackstar in the middle.

Read more about the Flag of Ghana.

From selling fruits to becoming a bank manageress. The story of Esther Afua is remarkable. She was born on the 18th of April in 1919, in Peki, in the Volta Region of Ghana. Esther Ocloo was one founder and the first chair of the Women’s World Banking—a non-profit organization that provided help, information, and financial support to low-income start-ups. The focus of the organization were poor women, determined to change their lives and become entrepreneurs.

Now it is the largest micro-financing network in terms of number of clients and the only one that focuses explicitly on poor women.

One of Esther Afua’s famous quote says: “Women must know that the strongest power in the world is economic power.”

Esther Afua has helped millions of women start and run businesses, helping boost prosperity in countless communities. She has been honoured with multiple awards during her lifetime, including the 1990 African Prize for Leadership.

Akua was a researcher, blogger, environmental scientist, working hard on creating solutions for environmental challenges and issues we face today. While working as head of innovations at Jekova Ventures, a waste administration firm, she started an educational project ‘Green Ghanaian’ and founded ‘Eco Planners’ – a company which provided post-occasion cleaning services. The idea behind Eco-Planners was to help event hosts to clean up their event grounds after events, manage and recycle waste. She passionately worked on waste separation methods and fertilizer plants and was publishing all about it on her blog. Her asthmatic conditions never suppressed her dreams. She organized instructive workshops to raise awareness about harms to the ecosystem spaces across Ghana. Her workshops have helped in promoting cleanliness and raising hygiene standard in Ghana.

“Baby Jet” won gold at the 1965 All Africa Games (long hop) in Brazzaville, silver at the 1970 Commonwealth Games in Scotland, silver again in both 100 meters and 200-meter races and bronze in the 1974 New Zealand release: 200-meter segment. She also successfully took part in three continuous Olympic Games: 1964 (Tokyo), 1968 (Mexico City) and 1972 (Munich). Alice Annum is an inspiration to young women and girls in Ghana who compete in sports activities and made Ghana proud on the international sports stage.

Efua Sutherland was born in 1924. She was a Ghanaian writer, radio telecaster, innovative chief, youngsters’ writing creator, publisher, artist, poet, educator, screenwriter and cultural activist. She wrote in both English and Akan and championed the improvement of the creative literature in the newly independent Ghana.

Efua Sutherland’s work in literature and government led to establishing Ghana Drama Studio, Ghana Society of Writers, Afram Publications, and a local community project called the Kodzidan (Story House) in Ekumfi-Atiwa. She was a massive influence in the modern Ghana theater scene. She also helped establish African performance study at the university level.

Some of her work are Foriwa (1962), Edufa (1967), and The Marriage of Anansewa (1975). The works of Efua Sutherland improved literacy and education in Ghana by a huge degree because of her hard work and patriotism.

Have you heard of the famous Pan-African festival of theater arts - PANAFEST? Efua Sutherland was an inspiration behind the festival we know today. In 1980, she wrote the initial proposal for pan-African historical theater festival in Ghana. She wanted to bring Africans together from around the globe in the name of history, culture, and theatre. Finally, the first PANAFEST was held in 1992.

She is the co-founder of the renowned and world-famous Chale Wote street art festival. It is the yearly celebration of art and craft in Ghana. It is popular among art lovers and receives many iconic guests year after year. Sione Neely’s vision was to create a safe environment for creative minds and artists in Ghana. She once said, “It is important that we provide a safe and creative space for artists here in Ghana, for them to know that they always have a home here to produce their work freely.”

She has brought a market for the local artists and now people with talents in Art can pursue their dreams with no fear of being alone in struggle for recognition.

When thinking of the story of Farida Bedwei, the quote “Disability is not inability” is what comes to mind.

The recognized computer programmer helped to establish Logiciel; a software systematization outlet operating a cloud software service used by many micro-finance organizations in Africa. She is not one who just got fortunate overnight. Farida was diagnosed with cerebral paralysis at one, however, with devotion, creativity, and the industriousness to be among most influential ladies in financial-technology. Farida Bedwei was the woman behind multiple mobile and enterprise applications and is also known for her vast knowledge of software architecture, and deploying mobile services, particularly for banking applications. She has made her mark as a Ghanaian woman in the technology circles, inspiring other women to follow their dreams.

Born in 1965, Angela Dwamena Aboagye is Ghanaian lawyer, gender activist and founder of the Ark Foundation.

The Ark Foundation seeks to address women’s human rights in Ghana. She believes in gender equality, justice for abused women and children, and sustainability for society’s susceptible ones. She took up the course of defending women because she believes the harassment of women in homes and workplaces is harrowing, but with the right actions and awareness it can be stopped. She used to work with the Ministry of Justice and Attorney General’s department but resigned to establish the ARK Foundation to address women’s rights and create a shelter for women who suffer from abuse.

These are only a few of the powerful, brave, and inspiring women in Ghana. Their actions inspire every day and have helped in shaping Ghana and making the country proud. 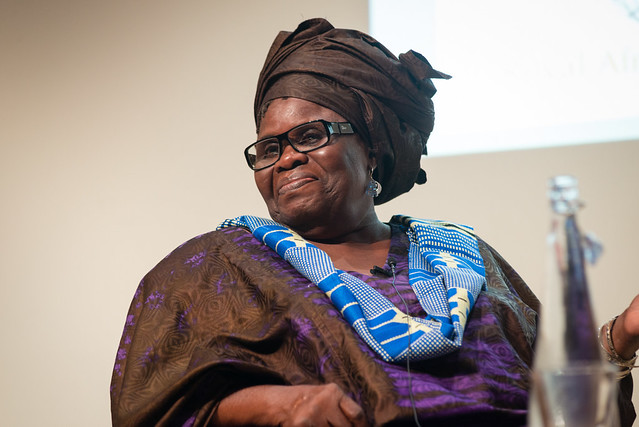